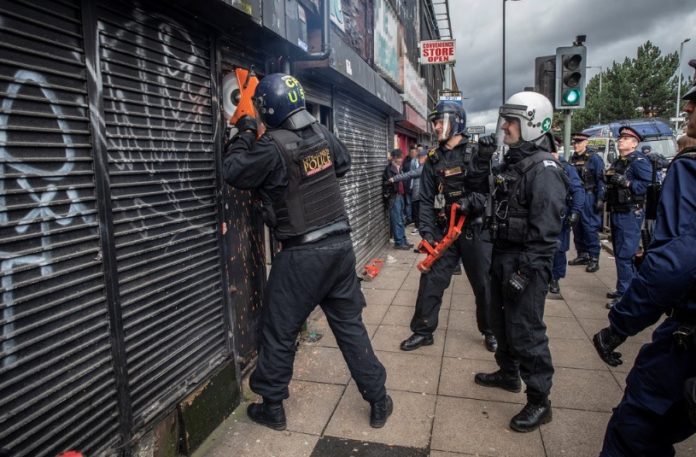 Officers from GMP and the City of London Police – the national policing lead for fraud – worked alongside UK immigration, meaning a total of 100 officers and staff members were involved in the operation.

The search warrant, which developed from a previous operation that involved the sale and distribution of counterfeit items, saw thousands of labels, computer equipment and cash seized. Detectives are currently exploring links between the counterfeit operation and Serious Organised Crime, helping to fund criminal activity beyond Greater Manchester.

15 people were arrested, after officers uncovered an estimated £7.5 million worth of branded clothing, shoes and perfume suspected to be counterfeit. They all remain in custody for questioning.

Chief Inspector Kirsten Buggy, of GMP’s North Manchester division, said: “Yesterday’s operation is one of the largest of its kind ever carried out in the area and has taken a meticulous amount of planning and preparation.

“I am thankful to colleagues from the City of London Police, who as the national policing lead for fraud, have worked in partnership with officers from GMP and helped bring about yesterday’s direct action. I am also grateful to those from UK Immigration for their help.