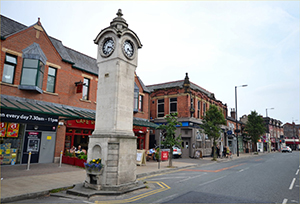 Police have arrested a thirty year old man after they released an image of a man they want to speak to in connection with a rape in Didsbury that occurred last month.

A woman in her forties had been raped on the morning of the 8th July at about 9am, at a property in Didsbury. She had met the offender in the early hours of that morning in the Piccadilly Gardens area.

The woman reported it to police and detectives have launched an investigation.

Detective Sergeant Karl Perry of GMP’s Serious Sexual Offences Unit said: “We have now made an arrest and are continuing to offer the woman specialist support at this time.

“I would like to thank the public for their support in sharing our appeal.”

Mother and her young son attacked by a man wielding a metal bar on...