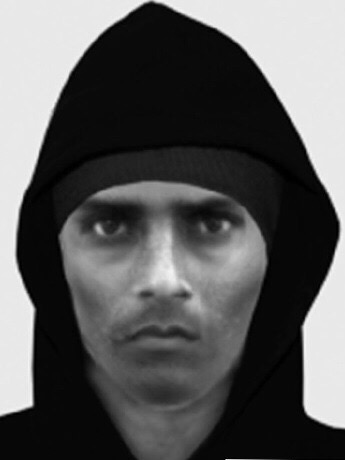 Detectives investigating the sexual assault of a woman in Heald Green in the week before Xmas have released an E-fit.
Shortly before 10.30pm on Tuesday 20 December 2016, a 35-year-old woman was in bed with her young children when she heard a repeated knocking at the front door of her home off Queensway.

She opened the front door and an unknown man grabbed her by throat and pushed her to the ground.He then sexually assaulted her before he fled because of her loud screams.

The attacker was described as Asian, slim build, about 20-years-old and 6ft tall. He was wearing a dark green zip up hooded top and dark blue baggy jeans.Police have released an E-fit of a man they want to speak to in connection with the attack.

Detective Inspector Julia Bowden of GMP’s Stockport borough, said: “This was a terrifying attack for both the victim and her children who heard their mother’s screams.

“Incidents of this nature are horrifying but rare and we are doing everything in our power to find the man responsible.With the support of the victim we have been able to put together an E-fit of a man we want to speak to. I would urge anyone who recognises the man in the E-fit, or saw anything suspicious in the area at the time to please contact us immediately.”