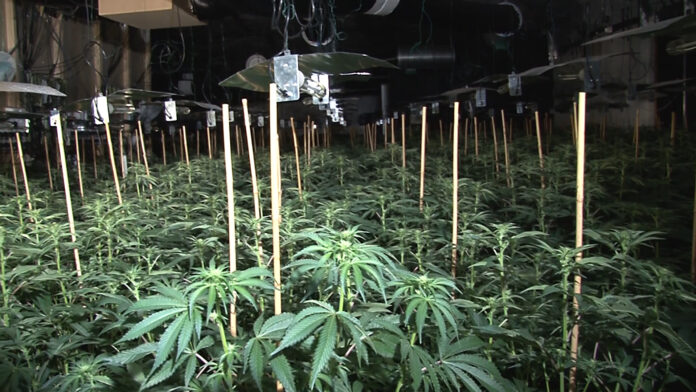 Officers were called to a warehouse on Heyrod Street, Manchester, at about 5.30am on Monday 12 April 2021 to reports several bags of suspected drugs being found.

On entering the building, which is also bordered by Adair Street and Betley Street, officers an estimated 4,000 plants over four floors.

Detective Inspector Geoffrey Machent, from GMP’s Central District CID, said: “This is a substantial discovery which has been discovered by officers thanks to a member of the public .

“As a result of this find, we’re removed a significant amount of suspected cannabis that may have ended up on the streets of Greater Manchester and is another step forward in helping to disrupt the production and distribution of drugs within our community.

“No arrests have been made but I would urge anyone with information about the find to come forward.

Jailed for nine years-Leigh man who raped girl under thirteen

16 year old in serious condition after multiple stabbing at a wake in Chorlton...