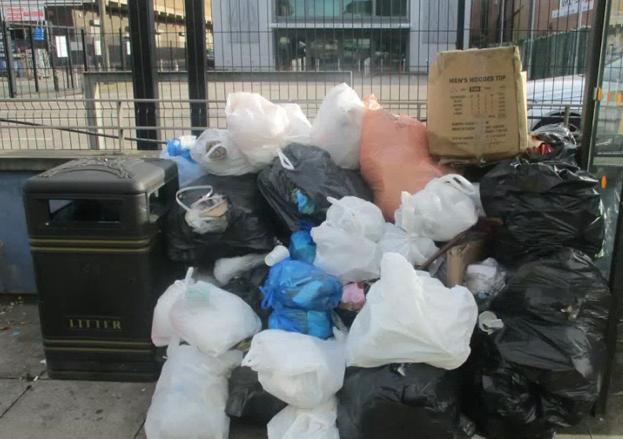 A man who dumped 30 bags of waste near to a bus stop in Cheetham spent a morning under arrest before being ordered to pay £1,150 by magistrates.

Javed Iqbal was taken into custody under warrant on Thursday 2 November, having failed to attend a previous hearing scheduled to take place at Manchester Magistrates Court.

Officers working for Manchester City Council discovered the fly-tip on Bury New Road, Cheetham, in September 2016. On investigation, they found evidence linking the offence to Iqbal and his company, Major Brand – a menswear retailer, also based on Bury New Road.

In November 2016, Iqbal was interviewed under caution by the council’s Environmental Crimes team and admitted that he had no proper arrangements in place to dispose of his firm’s commercial waste. Instead, Iqbal told officers that he passed some of his business waste to an unidentified third party for disposal, while taking the rest home.

Iqbal, 57, of Chelsfield Grove, Chorlton, failed to attend a court hearing on 24 October 2017 and was subsequently taken into custody on 2 November. Iqbal pleaded guilty to the offence of allowing commercial waste to escape his control.