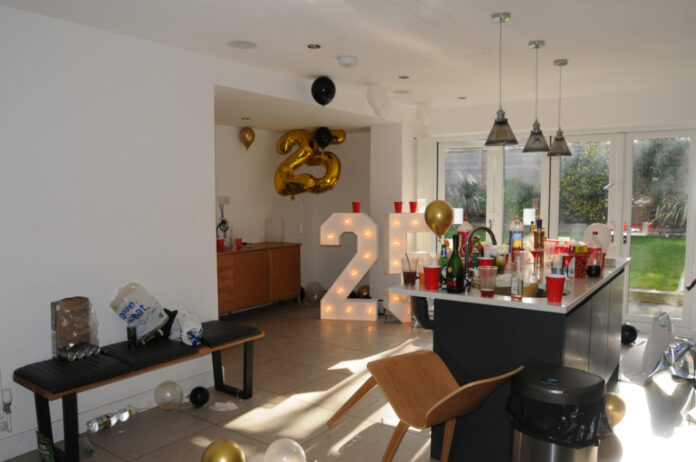 Police are continuing to investigate reports of shots being fired at an address where a party was taking place on Fairway Avenue in Wythenshawe,in the early hours of Saturday morning

No one was injured in the attack and Bullet casings were found by detectives and recovered for forensic analysis.

It is believed that this was a targeted attack and between four to five shots were fired at the address hitting the outside wall.No arrests have been made and an investigation is ongoing.

There is not believed to be any wider threat to the community and a scene remains in place as forensic and CCTV enquires continue.

Detective Inspector Chris Maddocks, from GMP’s City of Manchester division, said: “This was a shocking incident which could easily have resulted in a much graver outcome.

“Our team of detectives are working tirelessly to establish the exact circumstances of this firearms discharge which initial enquiries suggest is linked to the party. We would like to reassure the community that there is not believed to be any wider threat to the public.

“If you were a guest at this party, we are appealing for you to come forward and speak to police as soon as possible. Officers are following multiple lines of enquiry as they work to identify all those who were present at the time. However, the sooner we are able to speak to any witnesses who might hold vital information, the sooner we can protect an intended target, remove a firearm from our streets and bring to justice those responsible.

“I am therefore directly appealing to anyone at this party, or anyone who has any information at all about this incident, to come forwards and talk with us, you will hold important information and my team of officers would like to hear from you.