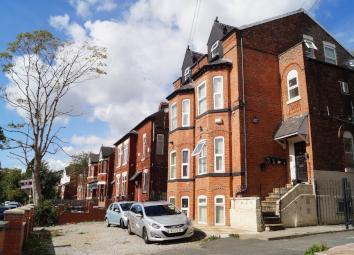 Part goers attacked police officers when being cleared from a party held at a holiday property in Levenshulme last night after they were called to reports of a rowdy house party on Delemere Road.

Local residents were reporting that there were lots of people in the street, lots of noise and drunken behaviour.

Police attended and found between 150 and 200 people at the party and began to lawfully eject them from the property.

A number of people then began to attack police officers, reacting with violence and started to throw items at officers.

The property and area were cleared and thankfully there were no injuries.

No arrests have been made but police are keen to hear from anyone who attended the party.

DC Chris Henderson from GMP’s City of Manchester team said: “Not only had the party-goers duped the home owner into believing there would be far fewer people at the property, the party got out-of-hand, they terrified local residents in their own homes, then reacted with violence towards police officers when they attempted to clear the party.

“This behaviour is simply unacceptable.

“We are currently investigating crimes of violent disorder and will be reviewing CCTV to identify those involved.

“We would like to hear from anyone who has any information that can help police as we attempt to bring those responsible to justice.“