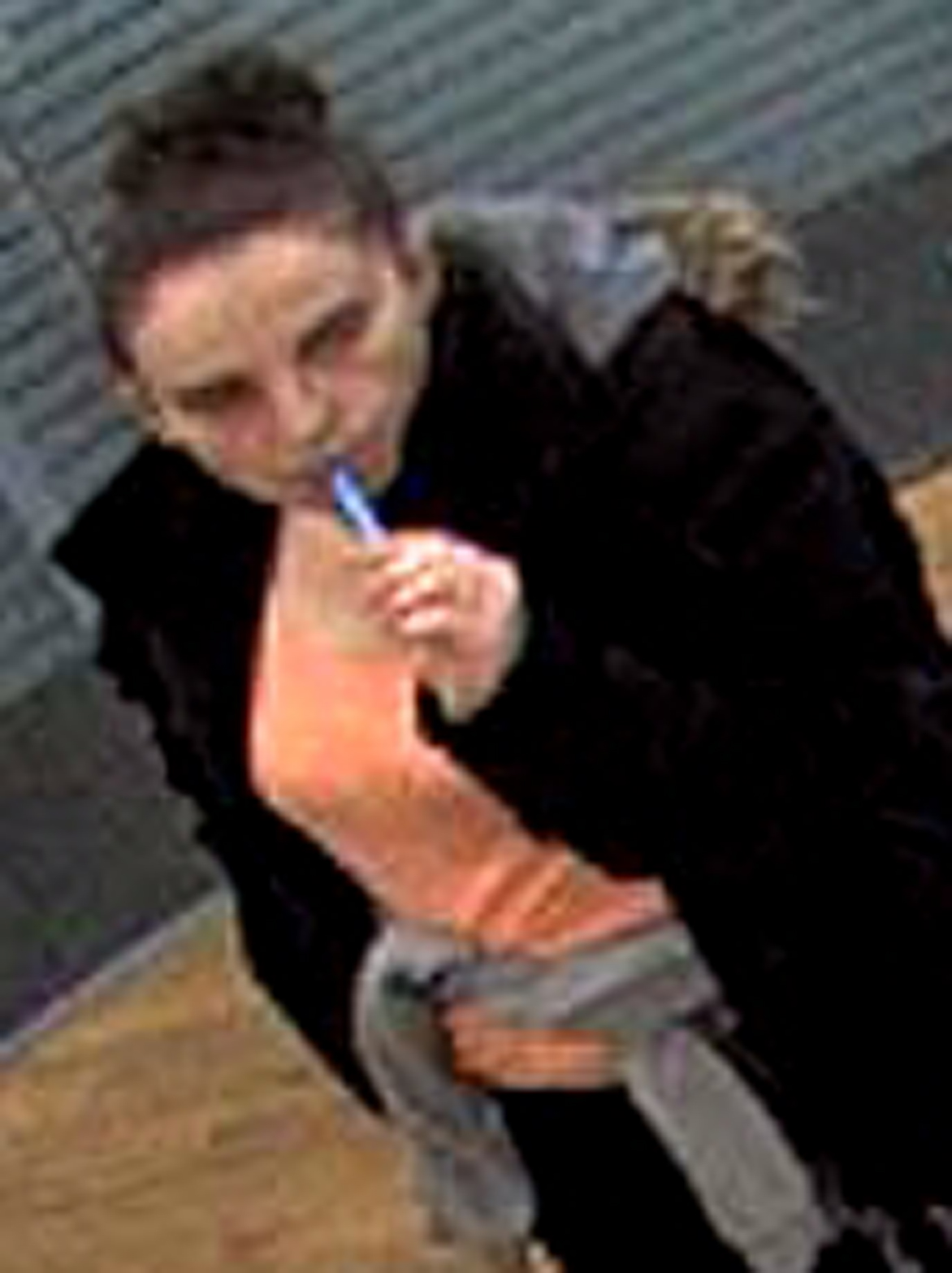 A woman had returned home after withdrawing £1000 in cash from Santander bank on Wilmslow Road, Didsbury and was robbed on the doorstep of her home on Kingsway

As soon as she got to her home, an unknown offender approached her from behind, pushed her and said “Give me your bag” before they kicked the victim and grabbed her bag.

The offender fled the scene along Kingsway towards the Didsbury area with the woman’s bag, which contained the £1000.

Officers later recovered the bag which had been emptied prior to it being discarded.

Despite extensive enquiries, officers have been unable to identify the person responsible for the robbery and have now released CCTV of a woman they want to speak to in connection with the incident.

Police Constable Ian Roberts of GMP’s City of Manchester Team, said: “Although some time has passed, I am hopeful that by releasing the CCTV, we will be able to move forward with our enquiries.

“If anyone recognises the woman in the CCTV or has any information that would help us with our investigation, please get in touch.

“The victim suffered a traumatic ordeal at the place where she is meant to feel most secure so I’m urging anyone who can help us to get in touch so we can provide her with some closure.”

Plans for one of Britain’s biggest primary schools to be sited in Didsbury are...