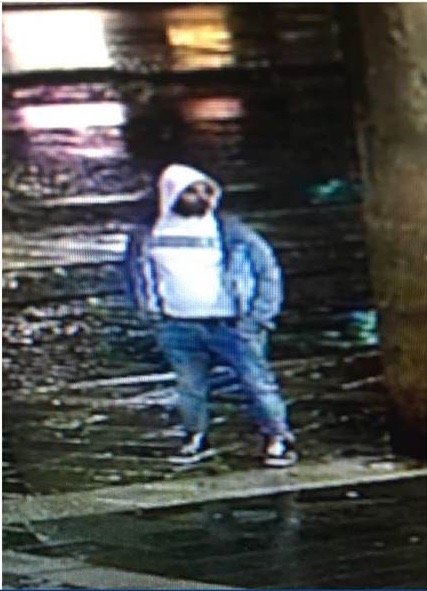 The girl was one of two 14 year olds who were approached by a man in Piccadilly Gardens. The man had a brief conversation with the girls and all three of them then got in to a black taxi near to Lever Street.

The man took the girls to an address on Romney Street, Salford where he proceeded to rape one of the girls.

No arrests have been made and enquires are ongoing.

Constable Ansah Yakub of GMP’s City of Manchester District said: “This deplorable attack has had a significant impact on a young girl, leaving her feeling violated and unsafe. Our specialist officers are supporting the girl at this difficult time.

“I appreciate that this incident took place a while ago, but I would like to stress that we have been investigating multiple lines of enquiry and examining a range of CCTV opportunities. As a result, we have been able to release this image in the hope of talking to the man pictured.

25 years on Police renew appeal over murder of mother of two found in...