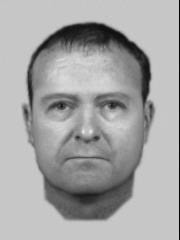 Police have issued an e-fit of a man they want to speak to after a 13-year-old girl was sexually assaulted in Cheadle earlier this week.

A male came up behind a girl who was walking towards a bus stop on Cheadle High Street at 7.40am on Wednesday and grabbed her inappropriately for a short period of time before he walked off.

Thankfully, the girl wasn’t injured and continued to walk to school.

Detectives have been following up a number of lines of enquiry and have now released an e-fit of a male they wish to speak to.

Detective Sergeant Karen Wileman, from GMP’s Child Protection Investigation Unit, said: “This was a scary ordeal for a girl who was simply walking to school when a man grabbed her from behind.

“A number of CCTV checks and lines of enquiry have been followed up since the incident was reported and we’re now asking the public to come forward if they recognise the male or have seen him in the area.

“His is described as white, approximately 5ft 7 and middle aged. At the time, he was wearing a black thin jacket, a light brown sweater and jeans with black boots.

Mossley man jailed for 12 years after admitting sexual abusing young girl over a...