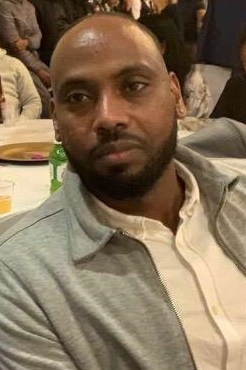 Police investigating the murder of Emanuel Simon in Rusholme in January 2020 are appealing to the public for further information.

Emanuel, a 33-year-old Eritrean man who had moved to Manchester to study to become a doctor – was fatally assaulted outside the Dubai Café on Wilmslow Road just after 5am on Sunday 26 January 2020.

After being punched once to the head, Emanuel fell unconscious to the ground and was taken to hospital where he remained in a coma for two weeks.Despite the best efforts of medical staff, Emanuel sadly passed away on Monday 10 February 2020.

Police have today arrested a 36-year-old man on suspicion of assault but enquiries are ongoing to find the man police believe is responsible for the fatal blow on Emanuel.

An online portal containing images of the people police would like to speak to has been set up for members of the public to try and identify them.

Members of the public are able to give any information they have by adding it to the portal, including CCTV, dash cam and mobile footage via https://mipp.police.uk/operation/06GMP19T98-PO2.

Detective Chief Inspector Carl Jones, of GMP’s Major Incident Team, said: “Our thoughts remain with Emanuel’s loved ones who have shown tremendous dignity through this most horrendous of ordeals; they have my unwavering commitment that this investigation will not stop until we bring the man responsible to justice.

“We have since arrested a 36-year-old man on suspicion of section 47 assault, but there are a host of other men we want to speak to in relation to this incident.

“We have today released CCTV images of the incident in a bid to speak to some of the men involved. Do you recognise these men? Do you know one of them? Are you one of the men pictured? If so, I urge you to do the right thing and contact police.

“This is an investigation that has seen us gather some significant lines of enquiry and we have had tremendous support from the general public, but I desperately need further information regarding the people shown in the images.”

Gang of five jailed for total of 50 years for brutal kidnap and torture...