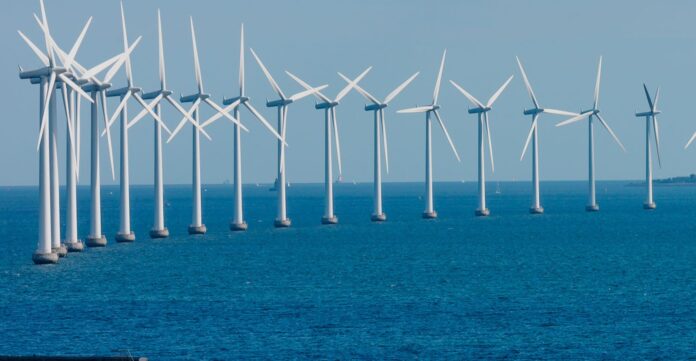 Boris Johnson’s pledge that every UK home will be powered by electricity from offshore wind farms by 2030 revealed ‘a poverty of ambition’, compared with the vast sums that France and Germany were investing in this sector.

Unite, Britain and Ireland’s largest union, said the prime minister’s promise at the virtual Conservative party conference was a welcome late-conversion to windfarms, but questioned whether there was an over-reliance on wind, when a future energy policy should include a ‘mix’ of supply, including low carbon nuclear.

Unite assistant general secretary Gail Cartmail said: “We welcome the prime minister’s conversion to offshore wind farms, but what it reveals is the poverty of ambition compared with France and Germany.

“The spending proposed by Boris Johnson pales into significance with the vast sums that our main European competitors have invested in this sector.

“The commitment for 60 per cent of the turbines to be manufactured in the UK only highlights that much more could have been done to invest in this sector and the jobs boost that would have been created. This was highlighted by the closure of Vestas on the Isle of Wight a decade ago.

“The Johnson rhetoric will turn out to be a mirage without a strong economy, retention of skilled jobs and investment in apprenticeships – and this means that chancellor Rishi Sunak needs to continue to do much more to protect employment as we go through the coronavirus pandemic.”

Unite national officer for energy Peter McIntosh said. “What we are waiting for is the government’s much-delayed energy White Paper which will show how the UK reaches its pledge of net-zero carbon emissions across all forms of energy by 2050. This will include low carbon nuclear and renewables, such as wind power.

“What the prime minister spoke about today is only a partial picture of what needs to be done to keep the lights on for industry, business and the consumer.”

“Unfortunately, the government’s track record isn’t great and ​ministers are falling behind ​their own legally binding net-zero targets.

“Promises to decarbonise electricity though offshore wind are welcome, but ​it’s only part of the challenge. Doing the same for the heat and transport industries is vital, as is sorting out storage for the days ​when there’s no wind.

“Let’s hope the Prime Minister’s pledge of more wind power is not just his usual hot air and bluster, which ​won’t be enough to keep the lights on or warm ​the nation’s homes. Firm action ​is needed, and fast.”

Precious parrots hatch for the first time at Chester Zoo