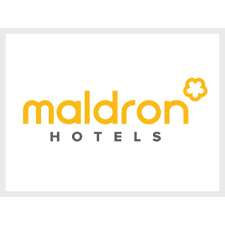 Plans have been revealed to build a new 4* hotel in Manchester city centre.

The 17-storey high-quality hotel will boast 278 rooms, a restaurant and bar and will be located in close proximity to Oxford Road train station.

Maldron Hotels – part of Dalata Hotel Group, the largest hotel operator in Ireland – will operate the hotel, which is set to open in the summer of 2021.

Catalyst Capital, which has significant property interests in Manchester and continues to invest in the city, is on course to submit a full planning application to Manchester City Council in late January 2019.

The proposed site is dissected by Mouncey Street and currently comprises a privately-operated surface level car park with around 40 spaces and four-storey commercial building at 60 Charles Street, which will be replaced by the hotel as part of the development.

A public consultation will be held at Innside Manchester Hotel today (Monday, November 26).

Dan White, Development Director – Catalyst Capital, said: “Given the key location opposite the Circle Square masterplan area and close to the Oxford Road Corridor, the site presents an excellent opportunity for enhancement.

“The proposals will help to reinforce a key east-west route, connecting key regeneration initiatives spanning HS2/Mayfield/North Campus to the north, and, Oxford Road Corridor, First Street and Great Jackson Street to the south.”

He added: “Manchester is the strongest leisure destination in the North of England and one of the most successful in the UK outside of London with 1.19 million international visitors to the city alone in 2016.

The hotel proposals are set to enhance the northern edge of Charles Street, building on the transformational regeneration being delivered at the nearby Circle Square masterplan.

Should the planning determination by Manchester City Council in June 2019 be positive, it is anticipated that the development would commence in September 2019.