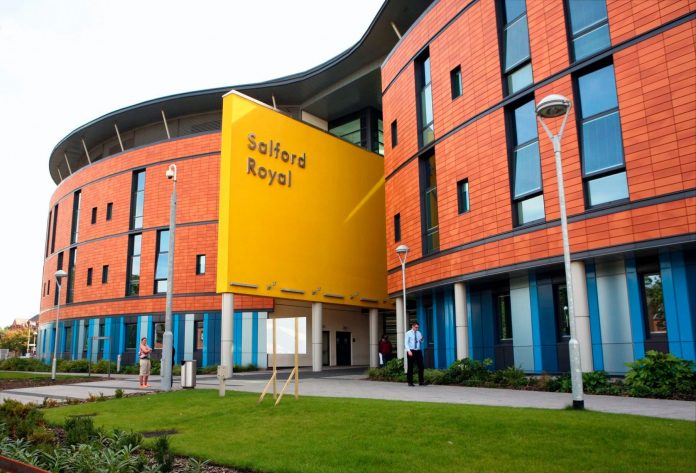 Plans have been revealed for a £48m treatment centre based at Salford Royal Hospital to care for some of the region’s sickest patients.

The hospital is the principal receiving site for the Greater Manchester Major Trauma Service (GMMTS) and has been designated as the high acuity site (high risk surgery) for the north west sector of Greater Manchester.

The GMMTS is a partnership between Salford Royal and the key receiving site at Manchester Royal Infirmary (MRI).

Rather than be taken to the nearest hospital, the majority of patients suffering these often devastating injuries are now taken to Salford Royal, ensuring they have rapid access to specialist treatment and state of the art imaging.

Dr Chris Brookes, Executive Lead of the Greater Manchester Major Trauma Network and an Emergency Department Consultant at Salford Royal, said: “Being taken to a major trauma centre could literally be a case of life or death for some patients.”

A helipad will be installed as part of the plans for the new building at Salford, which is scheduled to be completed in 2020.

The centre will include a resuscitation area, five emergency theatres, additional critical care beds and diagnostic imaging – all of which are also vital following Salford Royal’s designation as the High Acuity site for the NW sector of GM.

The plans are still in the initial stages and the full business case will need to be approved by NHS England before building work can begin.