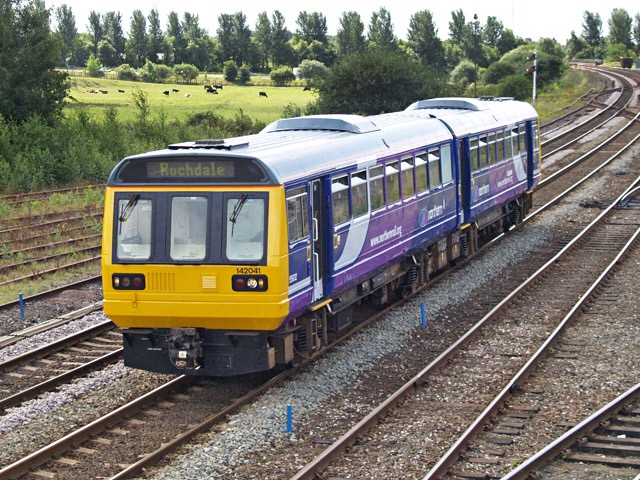 Plans for a brand new fleet of modern trains, replacing the hated Pacers, and over two hundred new services are to be unveiled by the Deputy Prime Minister Nick Clegg and Transport Secretary Patrick McLoughlin today.

Documents being published set out how bidders for the new Northern and TransPennine franchises will be required to provide plans to replace outdated Pacer trains and introduce a brand new fleet of modern trains;

Potential bidders must tackle crowding, invest in stations and plan to  accommodate over 19,000 more commuters in Manchester during the morning peak;

They must add over 200 new train services every day, provide over one-third more capacity across both franchises; and  introduce free Wi-Fi by 2020.

The publication of the Invitations to Tender is the first step in the transformation of train travel between the northern cities. It is also a significant step in the creation of a northern powerhouse for the UK economy.

“This is an historic moment for the North. Improving rail links in the region has been much anticipated. These old trains have been rattling across rails in the North for over 30 years; a constant source of complaint which have held the region back.

“As part of my Northern Futures initiative I asked the people of the North what they wanted to build a stronger economy and transport was top of the list. So I fought hard to replace pacer trains as soon as possible.

“Today’s plans include a new fleet of trains and improved services that will better connect our great Northern towns and cities. Modernising rail in the North will encourage business, boost tourism and give commuters the journey they deserve; one that is fit for a 21st cent

“This is great news for passengers across the north, who will finally get a rail service that matches up to the booming economy in this region. That means more seats, more services and a brand new fleet of modern trains. Unlike the last Northern franchise in 2004, which included limited plans to invest in services or meet demand, this deal will maintain investment and grow to fit the needs of passengers for years to come.

“Together with the £1 billion investment we are making to improve the region’s railways and our plans to link east and west through HS3, our railways are making the region an economic powerhouse.”

“We know from the consultation that passengers want to see a step-change in the quality of train vehicles, stations, more trains on Sundays and at off-peak times, and longer trains at busy peak times to ease overcrowding – and thanks to the hard work put in by Rail North, that’s exactly what they’re going to get.

“But this is only the starting point; the Invitations to Tender specify the minimum required from the new franchisees, and Rail North will continue to push for greater enhancements in future years which will help deliver regional economic growth by helping people get to jobs faster, in comfort and affordably.”

Trans Pennine Express franchise have until 28 May 2015 to submit their bids. For Northern, the deadline is 26 June 2015.

Half a million pound investment for Wigan’s Armed Service Hub

Region gears up for smart Motorways