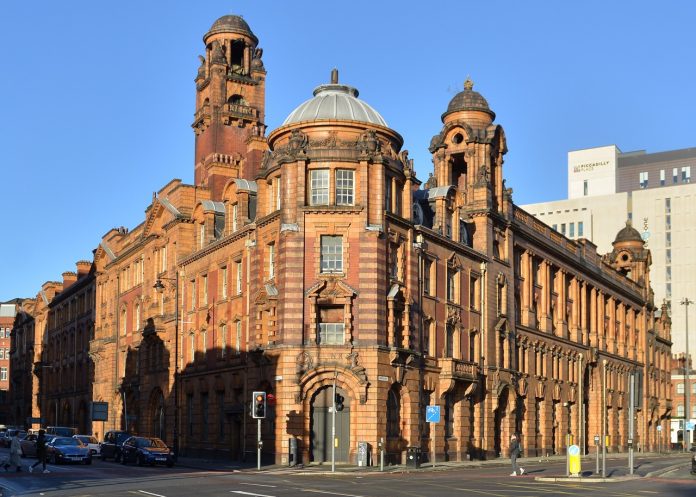 Plans for the redevelopment of Manchester’s iconic London Road Fire Station have been approved by Manchester City Council.

New owners Allied London plan to refurbish and expanded the existing building to include a hotel and spa, restaurants, bars, flats and offices.

The Grade II listed building has been in the hands of Britannia Hotels since 1986 but has never been far away from controversy since it opened in 1906, the Manchester corporation then accused of extra vengeance over the design of the station.

In recent years it has become a battleground between the city council and Britannia with the council seeking a compulsory purchase order back in 2010 with the owners being accused of letting the building rot.

That attempt failed after the intervention if the then Secretary of State Eric Pickles who was told that the building was imminently about to be developed.

Nothing came of that move and despite further attempts by the council who saw its development as being an integral part of the area, there has been little or no further moves until when Britannia place it on the market.

Emma Curtin, Chair of the Friends, said: “We can’t wait to see the building occupied again. The proposal includes a mix of uses and is boldin its approach while still sensitive to the historic building fabric.

“It’s amazing to see what has changed in just five years, since we were told repeatedly that this was impossible. We challenged this attitude from the beginning. I hope we can all learn from this elsewhere in the city; we must have an open mind about what can be achieved and demand high quality
in our built environment.”

“We welcome the positive approach that Allied London have taken in their approach to public consultation and allowing public access to the building for heritage tours and events. I hope that this will continue once the building is developed and operational. I look forward to seeing London Road Fire Station opening its doors again for events such as Heritage Open
Days.”

Adam Prince, founder and Secretary of the Friends, commented: “There is no doubt that not only did our persistent campaign save London Road Fire
Station from a long-term delinquent owner, but our extensive public research changed how Allied London perceived the project and acquisition.”

The importance of our consultation and research method was complimented by Michael Ingall. It is a delight to see how many people were inspired and thankful for our campaign, especially those who lived in, worked at and
loved this iconic building. It was a huge part of my life and it is great to move on to new ventures, trusting the new owner. To see a future is so exciting and it cannot come soon enough!”