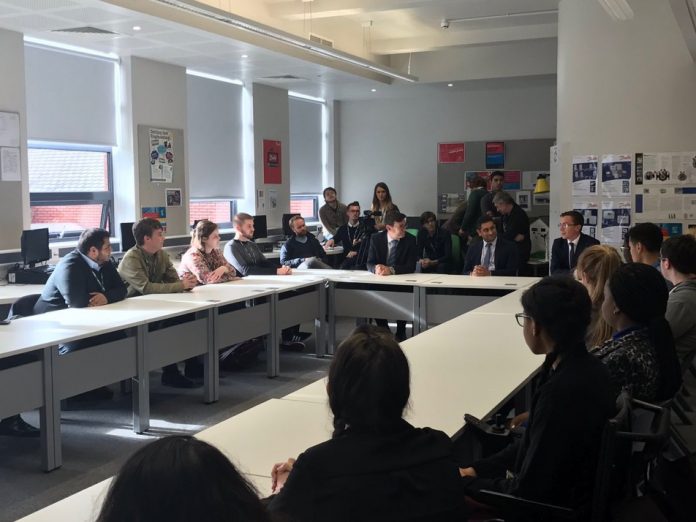 The new forum was given the green light by council leaders at the Greater Manchester Combined Authority meeting at Trafford Town Hall on Friday.

Mayor of Greater Manchester, Andy Burnham said: “Young people are at the heart of my plans for Greater Manchester. We have already delivered half priced bus tickets, half price Metrolink travel for 16 to 18 year olds will start in January next year and we are underway with plans to ensure quality traineeships and apprenticeships through a UCAS-style application system.

“Our new Youth Combined Authority sends a clear sign that we believe in the potential of Greater Manchester’s next generation to shape their own future.”

The new Youth Combined Authority will be a gender balanced group made up of 40 individuals aged between 11 and 18. It will include members of all 10 existing youth councils and representatives from youth groups across the city-region, with members serving a two year term.

The group will also undertake specific pieces of work, developing real policies for Greater Manchester that will improve the lives of young people. The Youth Combined Authority will be tasked with taking forward the Mayor’s plans for a free travel pass, developing it in to a ‘Greater Manchester Opportunity Pass’ that could open up access to leisure, sporting and cultural activities as well as work placements and apprenticeships. The group will also be asked to help develop the Mayor’s plans for a Curriculum for Life.

The body will advise the Mayor and GMCA on key issues affecting young people and scrutinise the work of Greater Manchester Leaders.

“I look forward to working with our young people as they use this new platform to make Greater Manchester the best place to grow up and get on in life.”