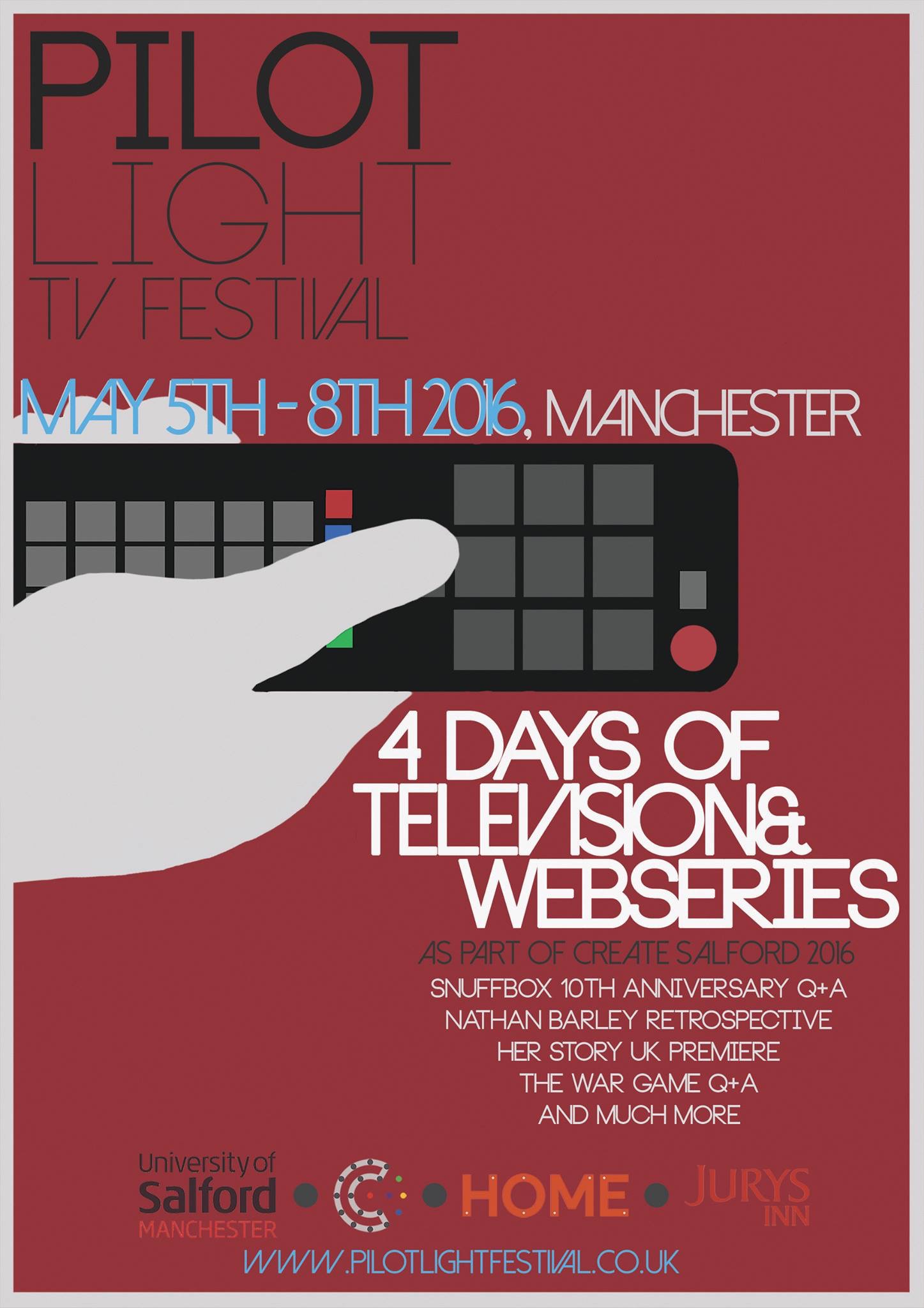 Recently, Manchester’s brand new TV Festival unveiled the line up for its inaugural edition taking place 5th-8th May at University of Salford and the cities flagship film, arts and theatre venue HOME. The line up features highlights such as a Snuff Box 10th Anniversary Q&A with British comedy actor Matt Berry, The Season 2 premiere of Hoff The Record, a Nathan Barley retrospective with Coronation Street actor Charlie Condu and much more…

Pilot Light TV Festival is a brand new television festival dedicated to celebrating the best in episodic content from around the world. With there not been all that many TV festivals in the UK you might ask, how does a TV festival work? Pilot Light’s Festival Director Greg Walker explains “In a very similar structure to a traditional film festival, Pilot Light TV Festival is over 4 days and will contain screenings of all kinds of TV shows & Web Series, new & old, plus exclusive panels featuring the writers, producers, directors, actors and more behind them!’

Whilst TV is a major part of pop culture, it’s typically watched alone. Pilot Light turns that idea on its head with a new, communal TV experience. Pilot Light is set to provide a vibrant environment where fans and industry can come together to celebrate the past, present and future of television & web series.

The festival kicks off with the season 2 premiere of UKTV’s critically acclaimed comedy HOFF THE RECORD followed by a Q&A with it’s cast. The show follows 80’s icon David Hasselhoff playing a parody of himself as The Hoff, down on his luck, relocating to England to look for new career opportunities. He is backed up by his beautifully British UK team, a morally bankrupt, sweary and inept gallery of characters akin to the slightly useless rabble in The Thick of It. Following the screening will be a Q&A with actors Mark Quarterly (Soon to appear in Red Dwarf) and comedian Fergus Craig.

Friday’s festival highlight is a retrospective screening and panel surrounding NATHAN BARLEY; Chris Morris & Charlie Brooker’s under-appreciated, utterly hilarious and scarily prophetic satire about an idiotic, pretentious vlogging media figure living in East London. As part of the event there will be a Q&A with Charlie Condu (Coronation Street) who played ‘Jonatton Yeah?’ in the show. Chairing the Q&A will be Andrew Harrison who wrote ‘Totally Mexico, how the Nathan Barley nightmare came true’ for the Guardian.

On Saturday evening the festival will screen the banned BBC drama THE WAR GAME.

50 years on from its initial cinema release, The War Game remains one of the most challenging & unsettling works ever produced for British TV. It follows a fictional story of a nuclear attack on Kent that seemed so real, that it was deemed unsuitable for broadcast and would be banned for 20 years, despite being nominated and winning the Oscar for ‘Best Documentary’ in 1967. This screening will be accompanied by a very rare q&a with the programmes editor Michael Bradsell, who will give audiences a unique chance to hear about his and Peter Watkins work on the iconic programme.

It addition to our television highlights, Pilot Light TV Festival will also play host to an eclectic selection of panels and screenings based around some of the best Indie and Web Series from around the world. Pilot Light will screen HER STORY in its entirety; the critically acclaimed Trans web series, endorsed by the likes of Laverne Cox (Orange is The New Black) and Eve Ensler (The Vagina Monologues) in addition to animated comedy Concrete Jungle starring John Dimaggio (Futurama, Adventure Time), fantasy epic Ren: The Girl With The Mark, Runcorn Zom-Com romp Dead Town, season 1 of american comedy Transplanting and so much more.

The festival is supported by University of Salford and is presented in association with Create Salford 2016 which takes place 18th April-17th June and celebrates the best artistic work from the university’s students. Season 1 of Pilot Light TV Festival will take place between two amazing venues; Manchester’s premiere cross arts complex HOME and the University of Salford which is situated amongst the TV capital of the north, MediaCityUK.

The full festival line up and tickets can be found on the pilot light website:

Police are hunting a man wanted in connection with a rape and an...

Left handed people may be better at verbal tasks as scientists find the gene...