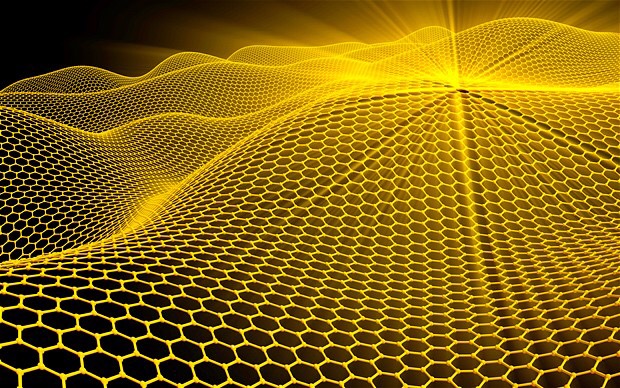 Wonder Materials: Graphene and Beyond, is making its world premiere at the Museum of Science and Industry this summer. It tells the story of graphene, the world’s first two-dimensional material which was isolated by Sir Andre Geim and Sir Kostya Novoselov at The University of Manchester.

The exhibition is created by the Museum of Science and Industry in partnership with the National Graphene Institute at The University of Manchester. It is a flagship event of Manchester’s programme as European City of Science 2016 and opens to coincide with the EuroScience Open Forum Manchester 2016 (23-27 July), Europe’s largest interdisciplinary science meeting. The exhibition is sponsored by Haydale, who enable technology for the commercialisation of graphene and other nanomaterials

Graphene – made from a single, one-atom layer of carbon has the potential to change the world in a host of areas from energy and electronics to healthcare and aerospace.

This ground-breaking show will combine science, art and history to reveal the inspiring story of one of the strongest, lightest and most conductive materials in the world.

Highlights of the exhibition include:

A fascinating array of objects which bring the graphene story to life; from early pencils and an Elizabethan cannonball to the famous sticky tape dispenser which began the story of graphene’s isolation.
An investigation into the scientific breakthroughs made by scientists and professionals at the cutting edge of graphene use around the world.

A specially commissioned art installation by Random International, the collective’s first public commission in the UK since their internationally acclaimed Rain Room premiered at the Barbican in 2012.

A provocative new work by acclaimed poet Lemn Sissay MBE (Chancellor, The University of Manchester), who is composing a call-to-arms on the potential future for graphene – and its possible effects on humanity.

An interactive exhibit where audiences are invited to imagine the remarkable graphene products of the future – from clothing with built-in computer power to electricity-generating windows.

James Baker, Graphene Business Director at The University of Manchester, said: “We are delighted to have partnered with the Museum of Science and Industry on this exciting exhibition. Graphene’s story began here in Manchester, and the city continues to play a leading role in graphene’s development. This exhibition will showcase the current research that is being undertaken, not only here but on a global scale, to realise graphene’s potential.”

Museum of Science and Industry Director Sally MacDonald added: “We’re very excited to be launching the premiere of this fascinating exhibition into the material of the moment – and in what better place to open than Manchester, where graphene was isolated at The University of Manchester, and during the city’s year as European City of Science”.

Wonder Materials: Graphene and Beyond will be accompanied by a year-round programme for adults, families and schools, including hands-on science events, evening science socials, “in conversation” style events and creative workshops. The exhibition will tour nationally and internationally, including going to the Science Museum, London, in 2018.