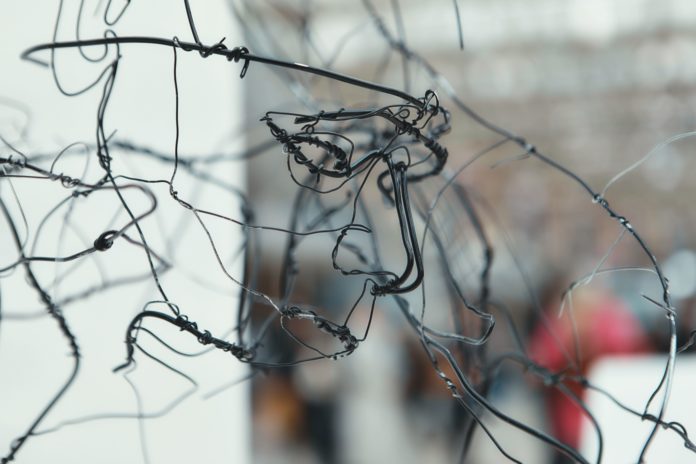 In Manchester, EYH charity Centrepoint is supporting the campaign locally. The sculptures will be in Manchester Piccadilly Station from 23 April to 25 April and Intu Manchester Trafford from 26 April to 28 April.

The campaign aims to encourage the public to make the invisible, visible by sharing #NOWYOUSEEME on social media, raising awareness of and supporting their local youth homelessness charity.

In 2018, 103,000 16-25-year-olds asked their local authority for help because they were homeless or at risk. 52% received no documented support. It is this forgotten group that is often forced to ‘sofa-surf’; sleeping on the floors and sofas of friends or acquaintances. Once they exhaust goodwill they often resort to more desperate measures – sleeping on night buses, injuring themselves for a hospital bed, or trying to find a ‘date’ for the night.

“I wanted to create three-dimensional sketches of hidden homeless young people by “drawing” semi-visible human figures in wire. Inspired by traditional drawing techniques, I used the wire as a line moving through three-dimensional space, to create outlines. I chose this design solution because of its ability to express vulnerability and invisibility; both of which are important themes for hidden homeless young people. I chose to work with wire because it’s urbane, malleable and strong. The empty spaces between the wire add an ethereal quality and communicate the fact that the body isn’t fully visible.”- David Oliveira, Artist

“We’re really pleased this campaign has come to Manchester to highlight youth homelessness in the region. 5,000 young people across Greater Manchester asked for help last year because they were homeless or at risk. We hope the sculptures will help remind commuters that hidden homelessness is a huge issue in this country but there are many organisations working in the region like Centrepoint that support young people in crisis to leave homelessness behind.” Paul Noblet, Head of Public Affairs at Centrepoint

“Youth homelessness is overlooked and misunderstood. EYH’s Member charities do their best for young people every day but unless society as a whole share this responsibility too many of today’s homeless young people will become the rough sleepers of the future. The #NOWYOUSEEME campaign is a wonderful opportunity to remind ourselves of the inspiring capacity of young people to overcome the challenges they face if they receive the right support at the right time.” – Nick Connolly, MD, End Youth Homelessness

“Having spent a working life in Soho, I am critically aware of the plight of homeless young people, so I was inspired to try and help End Youth Homelessness’ important work nationally. A veritable box of Liquorice Allsorts of volunteers, Producers, Directors, Editors etc were assembled from the APA to create a think tank. Homeless young people feel overlooked, invisible. And so, the strategy distilled down to one word – ‘Invisibility’. The idea emerged to create ‘invisible’ sculptures. We’re delighted to be working with artist David Oliveira, whose wire figures not only describe ‘Invisibility’ but are arresting and provocative in their own right.” –