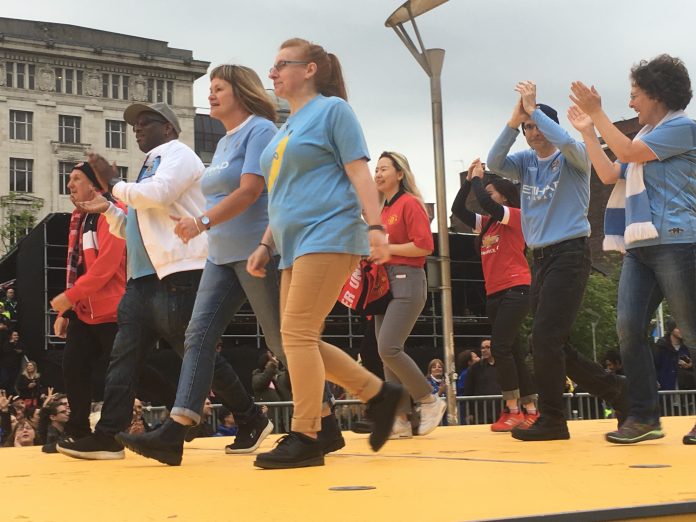 It began with Stefan, a big issue seller, followed by a beaming Jen and her five year old son James on his first outing in the city walking along the specially constructed catcwalk in Piccadilly Gardens

In front of crowds, many deep as the rain that has plagued Manchester incessantly for nearly two days finally cleared, this was the opening to eighteen days in which Manchester celebrates its International Festival.

Here were Bee keepers, bakers, charity workers, protesters, dancers, the heroes from the night of the terror attack on the Arena, whippet owners, poets, the man in charge of City Centre transport, all their stories projected across two huge screens at either end of the Gardens, each gaining rapturous applause from the crowd.

There was the nearly 100-year-old woman who worked as Field Marshal Montgomery’s driver in the second world war, a Kosovo survivor who saw her family gunned down in her back garden, two who got some of the biggest cheers, and the famous, John Robb, Ian Simpson, Lemn Sissay and Bez as always playing to the crowds,

What a great start to the festival.