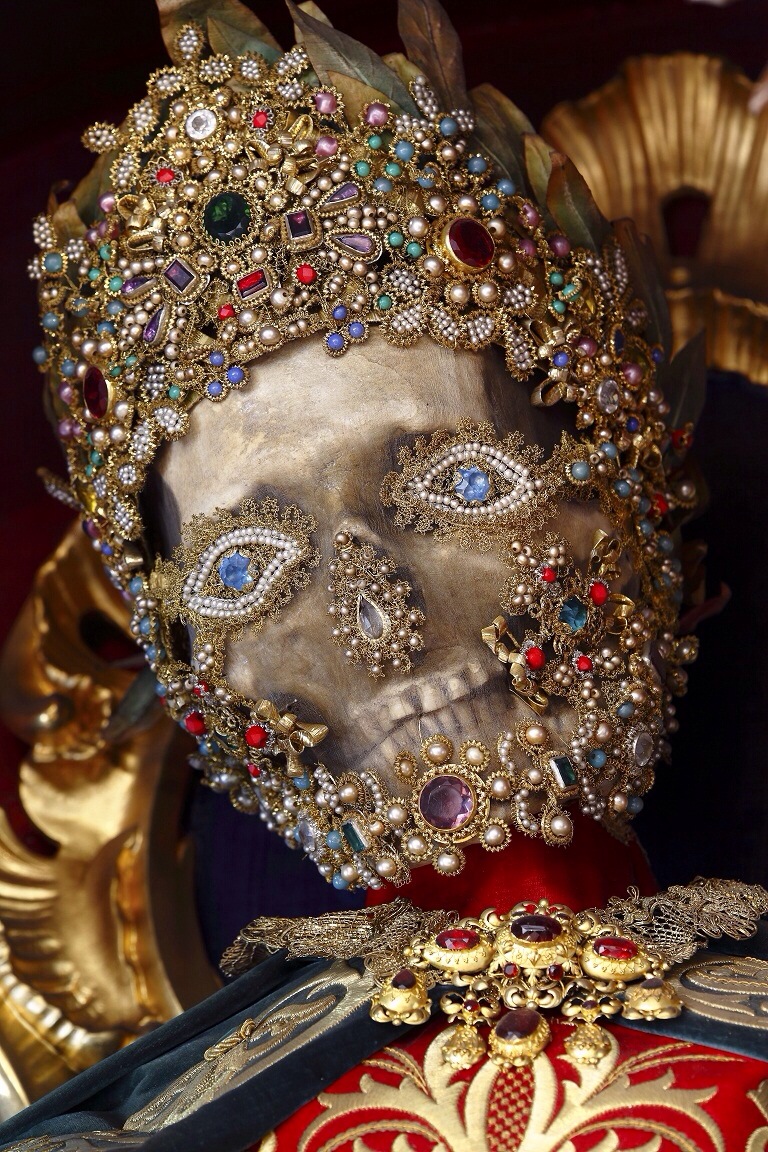 The Photographer Dr Paul Koudounaris will show his pictures outside of the United States for the first time in just over a fortnight.

The exhibition, featuring a selection of photographs from his two books, Heavenly Bodies: Cult Treasures and Spectacular Saints and The Empire of Death: A Cultural History of Ossuaries and Charnel Houses will be on display at Salford’s Sacred Trinity Church from Friday March 28 to Thursday April 10.

Heavenly Bodies documents the skeletons taken from the Roman catacombs in the 16th Century. Treasured as holy relics, they were articulated, richly dressed in jewels and costumes by nuns and displayed as martyrs in Catholic Churches.

Despite their popularity through the 17th and 18th centuries, when they were venerated as miracle workers and protectors of the local community, when doubts were raised about their authenticity they became an embarrassment to the churches and were hidden away.

Koudounaris gained unprecedented access to photograph some of the most secretive religious establishments in the world, and Heavenly Bodies includes pictures of more than 70 of these amazing skeletons.
Also included in the exhibition are images from The Empire of Death, the first illustrated history of charnel houses, which was named by the London Evening Standard as one of the 10 best books of 2011.

The exhibition is part of the Encountering Corpses strand of Humanities in Public, which also includes an event at The Manchester Museum discussing the human body after death , and a series of walking tours of the city looking at pop culture, the “Ghosts of Cottonopolis” and the unsung heroes of Southern Cemetery.

We must all accept hard choices if we’re to beat COVID-19, urges WHO