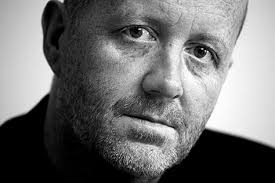 A major orchestral production about the Peterloo Massacre co-written by a Manchester Metropolitain University poet and librettist has been shortlisted for an Ivor Novello Award, widely regarded as the stand-out UK prize for songwriting and composing.

Performed by the BBC Philharmonic and a huge massed chorus at the Bridgewater Hall, and on BBC Radio 3 for last year’s Manchester International Festival, the collaboration has been nominated as best large orchestral work in The Ivors Composer Awards 2020.

The Ivors celebrate the best new works by composers writing for classical, jazz and sound art.

Professor Roberts, winner of the Costa Poetry Award as well as a noted writer of libretti ­ — text for opera, said: “It was an honour and a challenge to be commissioned to mark the 200th anniversary of Peterloo.

“I was very fortunate to work with remarkable collaborative partners such as the Manchester International Festival, BBC Philharmonic and the Halle Choir. In particular, it was a privilege to work with the composer Emily Howard, and we hope to work together again on future projects.”

The Anvil – a reference to the shape of St Peter’s Field in Manchester where the Peterloo massacre took place – was a multi-collaborative project to mark its bicentenary involving orchestras, choirs, soloists and theatre-makers.

On August 16 1819, at least 15 people were killed and hundreds more injured at the protest for parliamentary reform. The event is now considered a landmark moment in British political history.

Professor Roberts created a grid for the libretto, where each line could be read both horizontally and vertically if every other word is skipped. This was designed to illustrate the chaos of the massacre, and also to reflect a ‘woven’ pattern, as so many of the victims of Peterloo were weavers by profession.

It was an honour and a challenge to be commissioned to mark the 200th anniversary of Peterloo.

The idea, Professor Roberts told The Guardian last year, was to capture “that sense of being in a vast crowd and sense emerging out of a more musical backdrop of language”. Howard then set this to music, inspired by the industrial sounds of 19th century Manchester, the crowds and their songs.

Now in their 18th year, this year’s Ivors Composer Awards have nominated 53 works across 11 categories. Howard and Professor Roberts are shortlisted alongside composers such as Sally Beamish, Harrison Birtwistle, Anne Dudley and Radiohead’s Jonny Greenwood.

The works nominated for this year’s Composer Awards perfectly illustrate how contemporary classical, jazz and sound arts respond to the world around us

Gary Carpenter, Chair of The Ivors Academy’s Awards Committee, said: “The works nominated for this year’s Composer Awards perfectly illustrate how contemporary classical, jazz and sound arts respond to the world around us and shape our understanding of the contradictions, uncertainties and hopes that create the fabric of our lives.

“On behalf of music creators and The Ivors Academy I would like to congratulate all nominees on their achievement. As our world feels increasingly uncertain, we must treasure what makes life so wonderful – music, inspiration and escape.”

The winners of this year’s Ivor Novello Awards will be revealed on December 1 as part of a two-hour ceremony broadcast exclusively on BBC Radio 3.