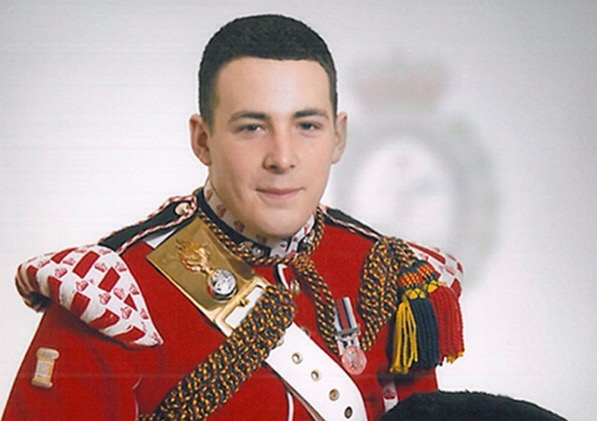 A permanent memorial to Fusilier Lee Rigby in his hometown of Middleton will be unveiled this month, Rochdale Borough Council has confirmed.

A bronze drum, alongside a plaque for Lee and a memorial wall where in time other local soldiers will be commemorated is being unveiled in Middleton Memorial Gardens on Sunday 29 March during a private ceremony, before being open to the public from 2.30pm.

“It will be a lovely tribute to Lee who put his life on the line every day to serve his country. Over time the memorial will remember not just our Lee, but other soldiers, whose bravery will also never be forgotten.”

Philip McClure, Lee’s father said he was pleased there would be a lasting local memorial in his name:

“I am still coming to terms with what happened … Lee will never be forgotten and this memorial is keeping his memory alive in his hometown.  He enjoyed many good times growing up in Middleton and this will be a place for people to come along and pay their respects in a way they’ve not previously been able to.”

“I am pleased this memorial is being unveiled in Middleton. It should be seen as a celebration of his life because that is what he would have wanted. People will be able to come here in peace, remember Lee and reflect.”

The unveiling will be during a private ceremony, prior to being opened to the public at 2.30pm on Sunday 29 March.  It will then be open to the public seven days a week.