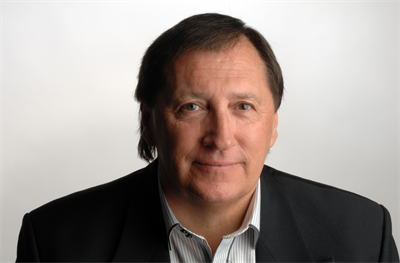 University of Bolton cultural and sports historian Dr Peter Swain, has challenged claims that Hulme Athenaeum are the first football club to play under the rules of the Football Association.

Writing in the International Journal of the History of Sport with Dr Robert Lewis, they have defended Turton Football Club’s claim to be the first club in the North-West of England to play to the rules of the Football Association.
Last year, Manchester based historians, Gary James and Dave Day, had highlighted the role played by Hulme Athenaeum, founded in 1863, claiming that they were the first ‘association’ football club in the region.

‘It is extremely doubtful that Hulme Athenaeum even played a form of football that could be considered to be part of the Association code,’ said research associate Peter Swain.
‘Certainly the chronology of their formation in 1863 and its juxtaposition alongside the history of the development of the Football Association and its rules makes this extremely doubtful.’

‘Turton Football Club, through its secretary W.T. Dixon, introduced what we know as Association Football to Lancashire. Dixon should be celebrated as a great innovator of sport in the North-West of England.

Dr Peter Swain and Dr Robert Lewis contend that Hulme Athenaeum were mainly playing under Rugby or Sheffield rules and not that of Association football, before the team disbanded in the early 1870s.

Said Peter Swain: ‘Hulme were formed in 1863 but couldn’t have been playing to the rules of the Football Association at their creation as they were formed before the newly codified rules were even finally agreed.

‘We suggest they were playing Harrow Association Rules, a much more similar game to Rugby than to Association Football. They may have even been playing to their own rules which meant they could hardly find anyone to play against.’

Dr Robert Lewis, an Independent Scholar and historian who has published extensively on the history of football, said: ‘The innovation of organised Association football was started by Turton Football Club in the early 1870s and, subsequently, diffused into other South-East Lancashire cotton towns, particularly in the Bolton, Darwen and Blackburn triangle.

‘Association football quickly became embedded and led eventually to the establishment of the Lancashire Football Association, the formation of the Football League and the professionalisation of football.’

Manchester Football Historian Gary James has been in touch since the article was published and refutes the research above.

He points readers to two research articles he has published and adds the key point is that his research was about Manchester’s football culture, not Turton.

The two articles are

Manchester’s Comma Press get funding to fly the flag