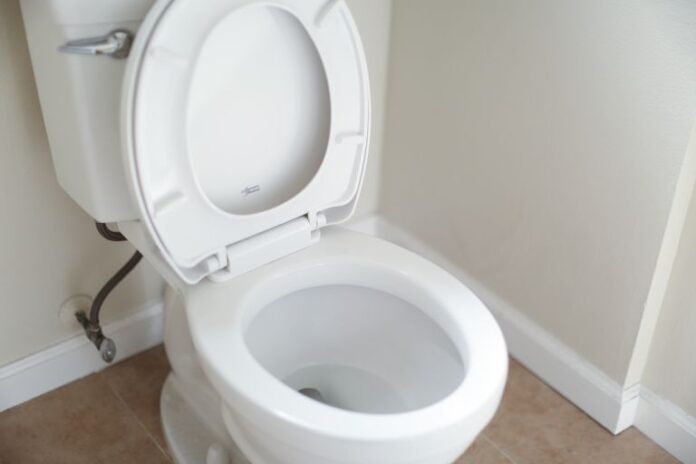 A staggering 2.4 million* tampons are being flushed down toilets in the UK daily, leading to blocked sewers and environmental damage as a result of period shame, new research by phs Group reveals.

More than half of tampon users throw them down the toilet every single day of their period rather than binning them, according to a new whitepaper from the leading sanitary services provider in the UK and Ireland.

The reasons behind flushing is rooted in shame; two in five (41%) feel the need to hide that they are on their periods, with a quarter (24%) of participants who had flushed tampons in the last two years choosing to do so because it was ‘less embarrassing’.

The habit is causing widespread plastic pollution in our waterways, or increasing the amount of waste sent to landfill. Tampons come wrapped in plastic, encased in plastic applicators, with plastic strings dangling from one end, and many even include a thin layer of plastic in the absorbent part. This means that the plastic flushed enda up in our sewers, waterways and even beaches.

The report is calling for urgent action to convert flushers into ‘binners’ to stop more than 300,000 sewer blockages** in the UK each year costing some £100m to repair while preventing environmental harm to rivers and waterways, which leads to on average 4.8 pieces of menstrual waste being found per 100m of beach cleaned.***

Other startling figures from phs’s behaviour change report which included a survey of 2,000 women, and 1,055 tampon users, reveal:

More than half of tampon users who bin (54%) have learned not to flush tampons from friends and family, while only a quarter (25%) found out at school they were unflushable.

“The reasons for flushing tampons are complex:” said Clare Hughes commercial director at phs. “Our research shows us it isn’t as simple as knowing you shouldn’t flush; even when the knowledge that flushing isn’t the right thing to do, people are flushing anyway. Many feel like they need to hide their period, feel embarrassed to bin their period products or there might be a lack of adequate facilities.”

The survey highlights that the environment and facilities people experience can also influence their behaviour. In public bathrooms, those who flush tampons sometimes are most likely to do so if there is no bin in the bathroom (59%), no bin in the cubicle (57%), or when the bin is full (54%). People are also more likely to flush at home (41%) than at work (37%), either because they’re less likely to have a bin in the bathroom at home, or would be embarrassed to have tampons hanging around in the bin at home – pointing again to feelings of shame around their period.

Hygiene concerns about bins can also influence people to flush, with over half (51%) of those who flushed tampons in the last two years saying they did so because it is ‘more hygienic’.

phs is urging flushers to think carefully about their actions and encouraging period product manufacturers to provide them with the facts, make binning easy, and change entrenched habits and routines.

The whitepaper’s key recommendations for behaviour change include increasingknowledge and shift attitudes – by making instructions on tampon boxes clear, relevant and impactful and by continuing to raise awareness of issues around period equality, and normalise conversations around periods.
Changing e the environment – by providing sanitary bins and bags inside public cubicles, encouraging people to keep a bathroom bin with a lid at home, and optimising tampon packaging so that used products can be wrapped before disposal in bins and disrupting habits and routine – by reaching people before they develop a flushing habit such as ensuring school children are taught how to dispose of tampons correctly.

Clare Hughes commercial director for phs, commented: “We have to come together to deal with these issues immediately, for the sake of everyone experiencing their period, as well as our waterways, rivers and beaches. We are committed to working with period product manufacturers, governments, and schools to improve knowledge and education on this issue. Beyond anything, it is imperative that we continue to break down the barriers and stigma around periods. Nobody should be feeling shame or embarrassment about a monthly bodily function in 2022.”

As part of the whitepaper, phs also outlined a series of commitments it would make to ensure a tangible impact on flushing behaviour is made, which will include working with stakeholders to provide alternatives in washrooms across the country.

Martha Silcott, founder of sustainably sourced disposal bag Fab Little Bag, said: “The research tells us that flushing behaviour can be changed if the conditions are right. Every office, hotel, restaurant, school and university can make a significant positive contribution to stopping the environmental pollution caused by flushing period products. This research shows us how best to do this, and we urge organisations to step away from this culture of whispering around periods, and have open conversations about binning products and identify the improvements that work best for them, their people and the environment.”

10p plastic bag charge to come into force on 21 May

The latest cars on the road in the UK produce more carbon dioxide than...