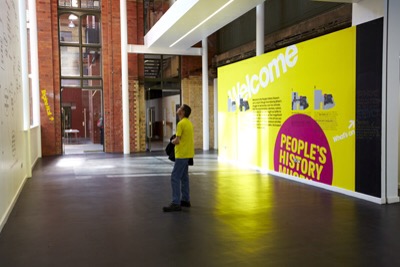 Following more than 400 suggestions for the 2015 award, the museum was one of five venues to receive the most nominations to go through to a public online vote, up against Yorkshire Sculpture Park, King Richard III Visitor Centre, Kelmscott Manor and Haslemere Educational Museum.

Katy Ashton, PHM Director said: ‘We’re delighted to have won this award.  It’s such a great achievement for the People’s History Museum to have received so many votes from colleagues in the cultural sector and from members of the public.  It’s fantastic recognition of our work and demonstrates the love that so many people have for our museum.  It’s no coincidence that as the national museum of democracy we can motivate and inspire people to vote for us!’

Have you fallen victim to the Amazon brushing scam?

Review of the Year September