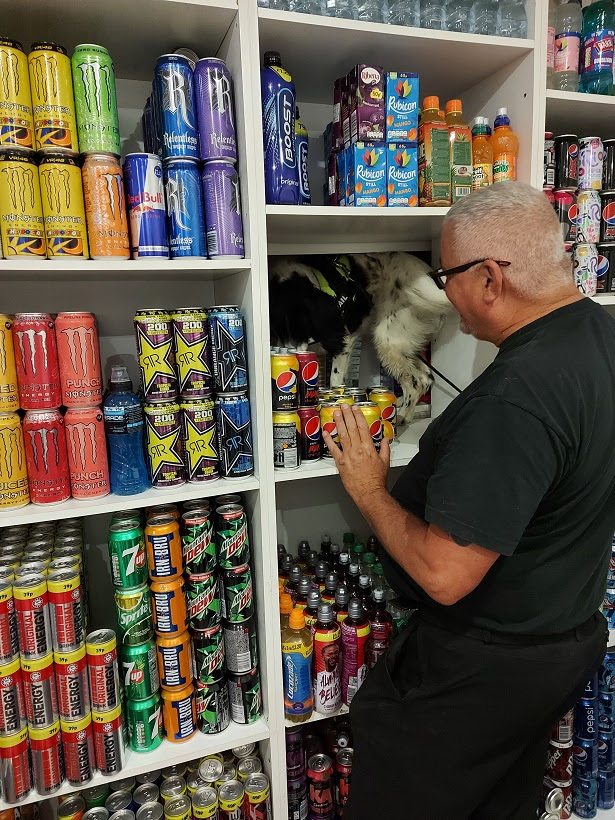 Shopkeepers’ dreams of cashing in on illegal tobacco have gone up in smoke, thanks to raids by Salford City Council.

Council officers, and sniffer dogs Ricco, Lilly, Birch and Billy from Wagtails UK, visited 25 businesses and one residential address as part of this year’s Keep it Out campaign against illegal and counterfeit tobacco.

In the bedroom of a home, which was raided with Greater Manchester police, officers found holdalls and boxes containing 67,950 counterfeit cigarettes and 153 x 50 g pouches of hand rolling tobacco. The haul, with an estimated street value of £40,000 is the single biggest stash of illicit tobacco recovered in Salford.

In one shop officers found dozens of packets of counterfeit cigarettes hidden in a secret compartment behind a shelf full of soft drinks.

n total from all the raids officers seized 4,567 packets containing 91,340 cigarettes and 256 x 50g pouches of hand rolling tobacco all of which were counterfeit or non-duty paid and with an estimated street value of £45,967. They also seized £4,967 under the Proceeds of Crime Act 2002.

Councillor David Lancaster said he was pleased to see the majority of shopkeepers were doing the right thing and not selling illegal tobacco but those who were would face further investigation.

“There are no bargains to be had when it comes to illegal tobacco. This trade is linked to organised crime gangs who also deal in human trafficking, loan sharking and the drugs trade,” he said.

“Illegal tobacco is also robbing the public purse of much needed revenue for vital services including the NHS and these products are often targeted at young people getting them hooked on smoking and damaging their health.

“We will not stop working to stamp out illegal tobacco and anyone who has concerns or information can report it anonymously by visiting keep-it-out.co.uk or calling Crimestoppers on 0800 555 111.”

The raids took place over the last three weeks in Swinton, Eccles and Little Hulton. No further details are being released due to the ongoing investigations