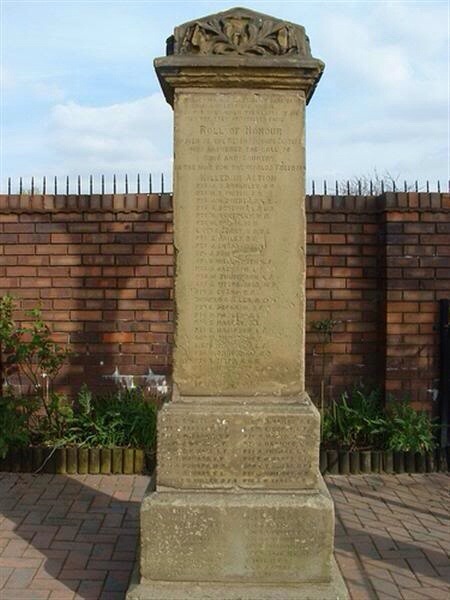 Plans to return an Ordsall war memorial to its former home will be unveiled at a community open day next Wednesday 21 May.

Local residents, Salford City Council, Salix Homes, The Royal British Legion and LPC Living have been working to restore the memorial as part of commemorations of the anniversary of World War One.

The memorial, which used to stand in Regent Square park, commemorates men from the area who lost their lives in the conflict.

“The memorial used to stand in Regent Square but was moved from there during the 1970s because of vandalism,” said Salford City Council’s Strategic Director of Environment and Community, Ben Dolan.

“It is now at the Royal British Legion club in Ordsall Lane, but because of plans to redevelop the area, we need to find a new home for it. Residents from the New Barracks estate have voted unanimously for it to return to its original site in Regent Square park and we’re delighted to help make that happen.”

Jackie Crook, community involvement and new initiatives manager at Salix Homes, added: “As part of the project the war memorial will be cleaned up and restored and a new plaque to those that lost their lives will be installed. We hope it will be back in its original home in time for the 100 year anniversary of the outbreak of the war.”

Plans for the war memorial will be unveiled at a community open day next Wednesday 21 May from 2.00pm to 6.00pm at Salford Lads and Girls Club, where members of the public can comment on the proposals.

As part of the Centenary Year celebrations, a poppy planting day will also take place at Regent’s Park on Wednesday, 11 June from 1.00pm.

Peterloo anniversary to be marked with a picnic.

Wonders of Science in 100 images

What happens after the clapping ends-The Government should invest £1 billion to make social...