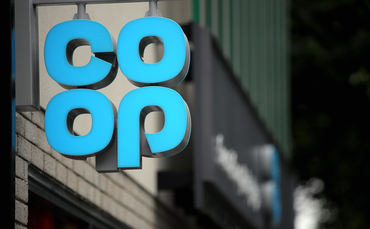 The Co-op today announced that it will be the first supermarket to sell fully carbon neutral own brand food and drink by 2025. The world-first move by a major supermarket is a radical part of an ambitious ten-point climate plan to achieve net zero carbon emission by 2040 – ten years ahead of the government’s own ambition.

From products and packaging to power and pension fund investments, the comprehensive plan details how the Co-opwill reduce the direct and indirect impacts of all the food and drink it sells and its wider operations. The Co-op also reported that it had achieved carbon neutral status across its Food, Funeralcare, Insurance and Power businesses, including its 2,600 food stores and 800 funeral homes.

Co-op Power, which is the biggest energy buying co-operative in the UK, will use its collective buying might to help Co-opsuppliers to save money and source low-cost energy in an ethical, sustainable way.

The plan sets out targets, endorsed by the Science-based Targets Initiative, to cap global temperature increases and meet the goals of the Paris Agreement, which came into force in 2016 and created a global pact of almost 200 countries to tackle climate change.

Co-op Food CEO, Jo Whitfield, whose pay is linked to its radical targets, said: “We are facing a monumental climate change crisis entirely of our own making. We must recognise that we are in part responsible and that we have to do more and quicker.

“Today, we are sharing the action we are taking, unveiling this a comprehensive plan rooted in science. Emissions from our operations and our own-brand products are where we have the greatest responsibility and can make the biggest difference.

“Now when our members buy Co-opbranded products and services we give local causes a helping hand and we’ll be addressing the urgent need to tackle the climate crisis. Funding schemes worldwide to tackle carbon emissions and supporting reforestation in the UK.”

Jo Whitfield added: “This is a hugely significant year and the world will be watching as the UK Government hosts the largest climate change conference ever (COP-26). Just as the Government must be ambitious in delivering against its own commitments, we must all be bold and take collective action to tackle climate change.”

Sarah Wakefield, Head of Food Transformation, WWF-UK, said: “With nature in freefall and our climate in crisis, we need urgent action if we are to stand a chance of protecting our one shared home. We welcome this climate plan from Co-op and encourage all businesses to align with 1.5°C climate targets and support deforestation-free supply chains that do not contribute to the destruction of nature at home or overseas.”

Louisa Cox, Director of Impact at Fairtrade Foundation, said: “Fairtrade warmly welcomes these ground-breaking commitments from the Co-op. With 46 percent of the UK’s carbon footprint caused by emissions abroad, the Co-op’s call for retailers to act on ‘full end to end’ emissions shows integrity and ambition in the face of the climate emergency.

“The climate crisis is threatening the future of the people who grow our food, Fairtrade producers included, and undermining the resilience of UK food supplies. Producers must be supported to make a just transition to a zero carbon future: this requires leadership from retailers that fights the causes of climate change, invests in farmer resilience, reduces transport emissions and more. It’s also crucial that Government backs action by keeping its promises on climate finance and overseas aid.”

The Co-op will report back each year on its progress and has called on the Government be bold in demonstrating world class leadership to tackle the climate crisis, and to give credibility for a bold level of ambition for the targets they seek to set at COP-26.

Manchester secures £1.5m for ‘One bin to rule them all’ project to revolutionise plastic...