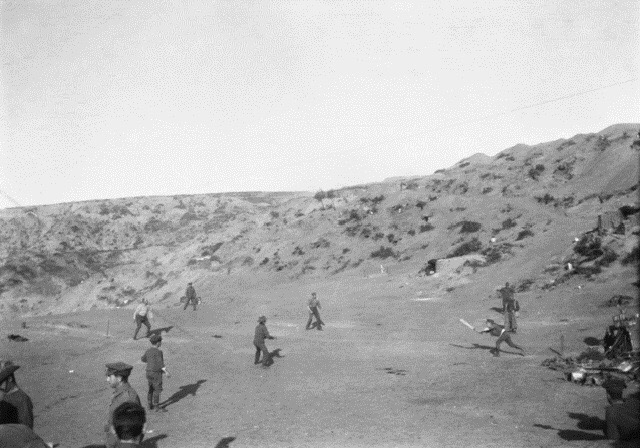 The final evacuation of the Gallipoli peninsula was announced with General Sir Charles Moore reporting that all guns and howitzers were removed with the exception of seventeen worn out guns.

The initial landings had taken lace nine months previously, it had been a disaster from the first with troops clinging to a narrow rim of beach and advances measured in yards.

According to figures from the House of Commons over twenty six thousand had been killed, eight two thousand injured and nearly thirteen thousand missing in action.

A Broughton family had only two of its six brothers still in action, the Evening News reported.Mr and Mrs Carr of Elton Street told that Charles and George both were involved in the original landings in the Dardenelles, Alfred had been missing in action since August and George had been wounded in the head but returned to action where he was killed on Dec 18th.William had been invalidated home from the same arena while Harry had been crushed by a gun and was currently in hospital in Bournemouth.

Their other two sons, Edmund and Thomas were currently serving in France and in the Balkans.

In Wigan the search was on for the murderer of a 17 year old mill girl whose body was found on parkland in a patch of blood with her dress torn and her face damaged.

Police believed she was killed away from the place that she was found and her body dragged to its resting place.She had been out with a young man whom her mother objected to said the reports.

Police were looking for a 18 year old man described as being 5ft 8 with a dark complexion.

A postman at Newton Street Post Office was charged with stealing postal orders at the City Police Court to the value of eight shillings, nine shillings and twenty six shillings. The Twenty three year old was bailed to appear at court later that week.

The magistrates heard of a pitched battle in the streets as the boys shot air guns, the practice of carrying air guns had become prevalent in the district they heard and that windows and street lamps had been smashed.Similar cases had been reported in Harpurhey and Fallowfield.

An earthquake was felt that week in South Manchester.The quake which was centred on Staffordshire caused a few slated to detach from roofs in Mosside and some people thought that it was a Zeppelin attack said reports.

The tenth annual championship of the Northern Collie club was held in Manchester that week at the Co-operative Hall on Downing Street. There were 283 entries which was a record for the competition

An experiment in the use of Bacterial Peat was to be done by Manchester Corporation. 2,500 acres of land at Chat Moss was to be used to assess whether the peat, discovered by Prof W.B Bottomley would improve crop yields.

Private renters fear eviction if they press landlords to do repairs