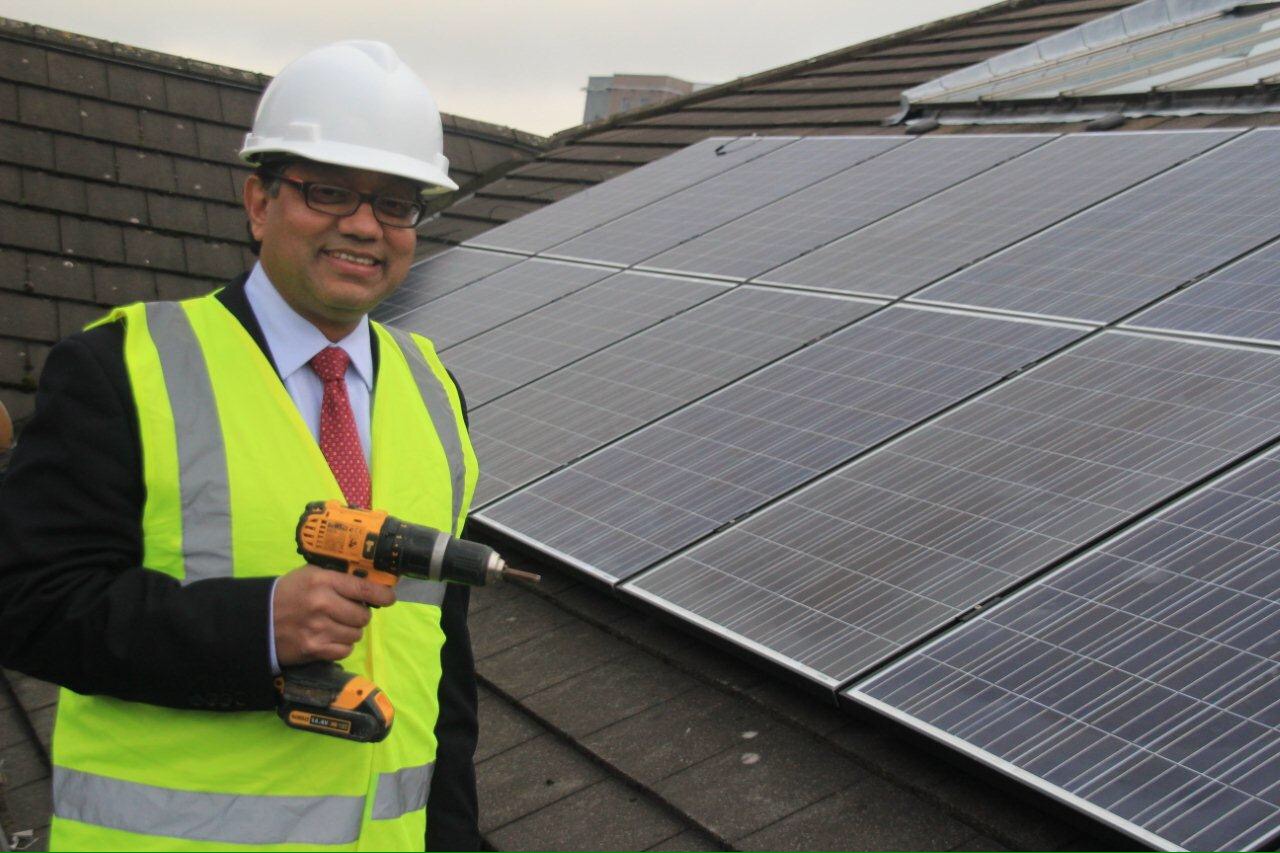 Oldham Council has installed a solar array on the roof of Tommyfield Market Hall as it looks to become one of the greenest local authorities in the country – while also saving money.
Electricity generated from the 110kw solar array will be used to power the hall, which is home to more than 90 independent traders.

The council will save around £9,000 a year on its electricity bill, which it plans to reinvest in the market hall.
The green electricity generated will also save around 50 tonnes of carbon dioxide – one of the main ‘greenhouse gases’ and a major contributor to climate change – from being emitted into the atmosphere every year.
Councillor Abdul Jabbar, Cabinet Member for Finance and Human Resources, said: “Over the next financial year Oldham Council needs to make savings of £19m so we need to come up with innovative ways of saving money to secure the future of buildings such as Tommyfield Market Hall whilst at the same time finding clean, sustainable alternative energy sources.
“The roof of Tommyfield Market is a perfect site for this solar array due to its size and will be our flagship green project for 2016.