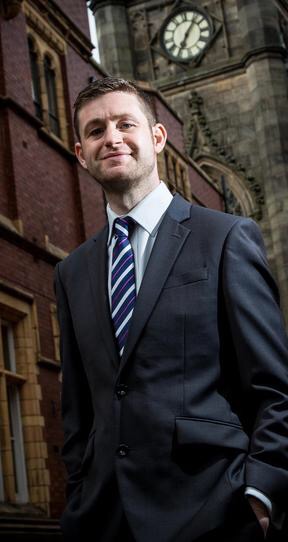 Jim McMahon will hold the government’s local devolution policy to account after being invited to join Jeremy Corbyn’s shadow cabinet.

Seen as a possible future high riser in the party McMahon was appointed as Parliamentary Private Secretary to Deputy Leader of the Labour Party Tom Watson MP soon after his election in December of last year.

Formerly Leader of Oldham Council Jim rose to become the most senior Labour councillor in the country following his election as Leader of the Local Government Association Labour Group Representing all Labour Councillors in England and Wales.

On accepting the role in Jeremy Corbyn’s cabinet McMahon said ‘I’ve accepted the role as Shadow Minister for Local Government and Devolution.

I’m a champion of local government and believe strongly that our councils need a strong voice not just to defend them against Tory cuts, but to offer a positive vision for devolution.

I’ve been privileged to work as PPS (Parliamentary Private Secretary) to Tom Watson as Deputy Leader of the Labour Party. His personal support and encouragement has meant a lot to me as a new MP trying to find my feet. I want to place on record my thanks to him.

The next few months and years will be testing for our councils and I want to put into practice my own experience as a councillor of 13 years and as council leader and leader of Labour local government. I want to work with our council leaders and front bench to develop Labours vision to shift power from the few to the many.’

Prediction: Three of the Biggest Business Trends in 2022

Let the come back begin?