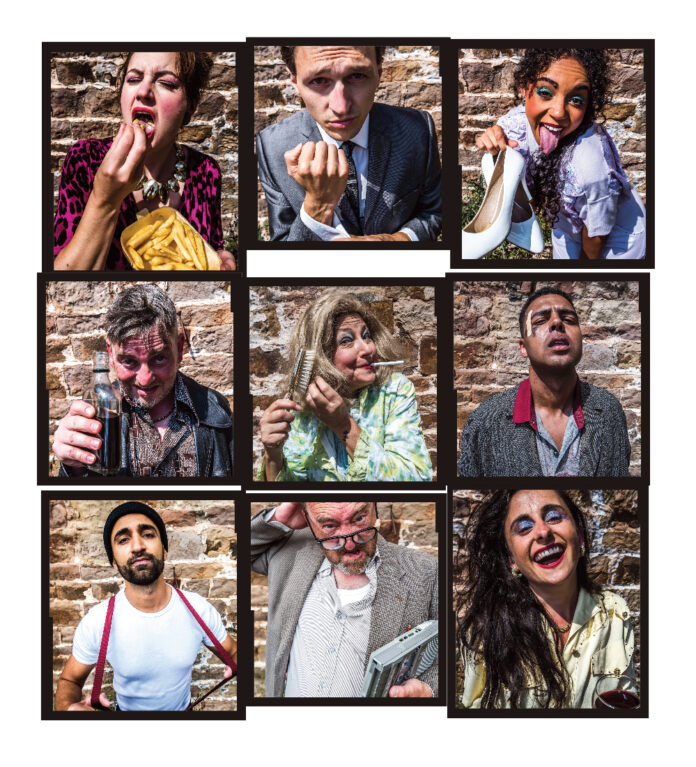 This September Oldham Coliseum Theatre will be staging Road, Jim Cartwright’s (Rise and Voice of Little Voice) powerful game changing snapshot of Lancashire life during Thatcher’s England in the 80s, that is still as relevant as today as it was when it was first performed over 30 years ago.

They say it’s grim up north, and sometimes they’re right. But worry not dear friends, because our well-oiled narrator Scullery will look after you.

This is Road, 1987. There’s no jobs and little hope but there’s a party to go to that’ll take you from the gutter to the stars and back again. Step into the homes of the residents of this Lancashire street and witness real life lived to the extremes, where there’s nowhere left to fall but into a little light relief.

Lancashire playwright Jim Cartwright’s debut play mixes humour and pathos to portray an all-too-relevant tale of deprivation and the extraordinary resilience of the human spirit. Road first premiered at the Royal Court Theatre in London in 1986 and staged there again in 2017.

In 1988 it was produced at the Lincoln Centre in New York featuring in its cast Kevin Bacon and Joan Cusack. Now considered a modern classic, Road won The George Devine Award, The Plays and Players Award, Drama Magazine Award and The Samuel Beckett Award, was voted the third best play of the 1980s and in the top 50 best plays in the history of theatre.

“Road is such an iconic story and despite it being set in the 80s I think it’s more relevant now than ever. With the cost of living rising significantly and where we find ourselves as a nation politically and socially – this timely classic captures the grim but true reality of what people’s lives look like when the system has failed. But you’ll have the best night out as these buoyant likeable characters take you for a tour down their road!”

Road will open at Oldham Coliseum Theatre from 16 September – 1 October.

How Santa travels the world with help from Einstein