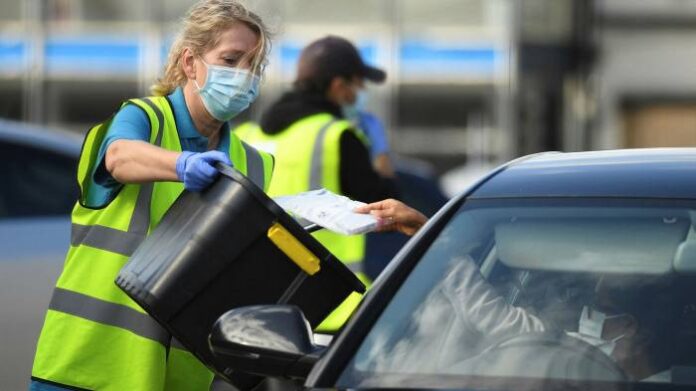 The number of people receiving in-person test results within 24 hours has halved, the latest figures show. In

In the week ending 9 September just 33.3% of people tested at a regional site, local site or mobile testing unit  received their result within 24 hours, down from 66.5% in the previous week.

The figures published this morning by NHS Test and Trace also show that the service reached 73.9% of people identified as close contacts of people who had tested positive for coronavirus in the week ending 9 September and told them to self-isolate,  an increase on the figure for the previous week which were 69.5%.

Meanwhile a total of 18,371 new people tested positive for coronavirus in England in the week to 9 September, the figures show. That’s a 75% increase on the total for the previous week.

The news comes as the Health Secretary announced that  residents in Northumberland, north Tyneside, south Tyneside, Newcastle-upon-Tyne, Gateshead, Sunderland and country Durham will not be allowed to socialise with other people outside of their household or support bubble.

Hospitality for food and drink will be restricted to table service only and late night restrictions of operating hours will have a 10pm curfew.

Your holiday reading just got that bit lighter