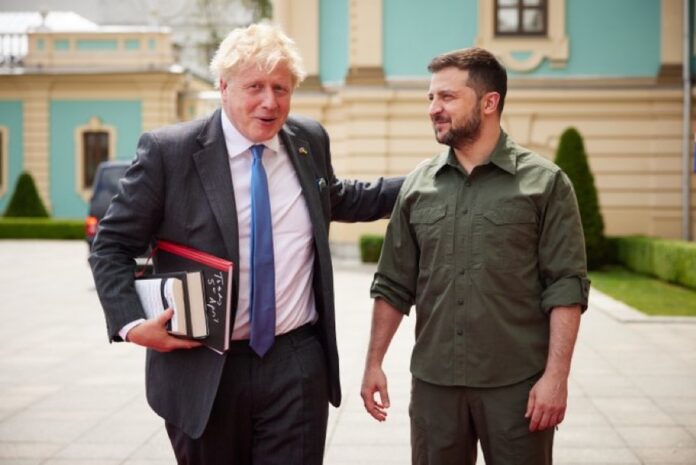 Whilst in Kyiv he promised a major training operation for Ukrainian forces, with the potential to train up to 10,000 soldiers every 120 days.

Johnson was scheduled to campaign in the upcoming Wakefield by election and several of the MPs at the event believed he was on the way there – only to discover he was abroad.

One unnamed MP was quoted as saying ‘I’m quite pissed off if I’m honest. Him coming was the whole point.’

“Sadly, today’s events show the PM has no commitment to levelling up, his voters, or the North of England.
“He is burning through goodwill, and looks scared to come and engage with the very group who delivered for him during the vote.”

This included greater devolution of powers to local areas – including the right to lower taxes – the scrapping of central house-building targets, and the creation of two ‘Voxbridge’ vocational institutions in the North to rival Oxford and Cambridge universities.