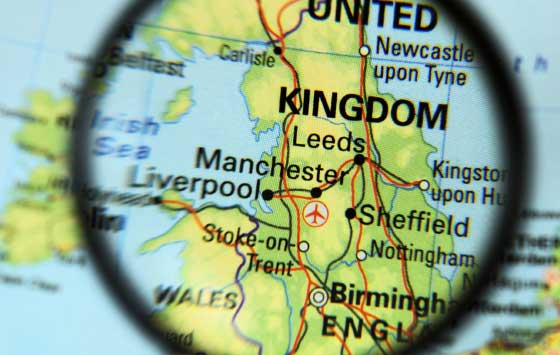 Digital technologies, health innovation, energy and advanced manufacturing have the potential to transform the North of England’s economy, adding £97 billion and 850,000 jobs by 2050.

The Northern Powerhouse Independent Economic Review, which was published today, identifies key capabilities across the North which could provide the foundations for closing a major gap in productivity, generating new jobs and enhancing global competitiveness.

John Cridland, the Chair of Transport for the North said: “This Review clearly identifies that, if the right investment and focus is put into these capabilities, and the infrastructure is there to support them, then 1.56 million new jobs could be generated by 2050. Close to a million (850,000) of these will be directly attributable to the success of the Northern Powerhouse and we would expect productivity (GVA) to be 15% higher than currently which, in itself would represent a major step-change for the North.”

Analysis has shown the North lags behind the rest of the UK, and in particularly behind London, in terms of productivity and jobs. The North currently produces £4,800 less GVA (Gross Value Added) per person per annum and over £22,000 less per person than London. Yet it contains twice as many people as London (16m) and has clear potential to be a globally competitive Region. The Review has identified ‘capabilities’ in which the North is a world leader. These already account directly for 30% of the North’s jobs and 35% of its GVA and have clear capacity to drive future growth.

The North’s four prime capabilities are Advanced Manufacturing, Digital Development, Health Innovation and Energy.These are supported by three enabling capabilities that are vital if growth in these areas is to be successfully nurtured: Education, Logistics and Financial and Professional Services.

This is the first time such a comprehensive report has been commissioned for the North, and it marks a landmark development in the evolution of the Northern Powerhouse, not least because this report is owned collectively by the North itself.

John Cridland explained: “This Review will be fundamental for future planning. Central to powering the North’s future economy will be an efficient high capacity transport network capable of fully mobilising the workforce between the Norths key economic heartlands. The Review clearly identifies that such a network must be tailored and shaped to recognise emerging and sustainable strengths whilst acknowledging that many Northern jobs are in other service sector businesses on every Northern high street. In addition to this, improved education will also be vital in northern schools to give young people the chance to go for better jobs using the improved transport links we are delivering.”

He said that, to achieve such a transformational change, including major transport interventions such as a major new road or rail routes, “a step-change in investment strategy is required and long-term collaboration between key partners across the North, and with Government and national agencies, will be essential if our joint ambitions are to be realised.”

Commercial Secretary to the Treasury, Lord O’Neill said: “This Review represents a hugely important milestone for the Northern Powerhouse and supports this government’s commitment to rebalance the economy.

“As the Chancellor has said, the referendum result is even more of an instruction to deliver on our work to build a Northern Powerhouse and so it is hugely encouraging that the region’s leaders are working together to set out their long term priorities. We will continue to work together to make the North an even better place to live, work and invest in and remind the world that the region is open for business.”

Northern Powerhouse Minister James Wharton said: “We are committed to bringing together the great cities and towns of the North to become a powerhouse for our economy. This Review shows how this could create hundreds of thousands of jobs and deliver a multibillion-pound boost to the economy right across the Northern Powerhouse.”

Sir Richard Leese, Leader of Manchester City Council, said: “This independent economic review highlights the collective strength and potential of England’s great northern cities and will inform the work which is taking place between those cities and Government to come up with a single agreed economic strategy for the Northern Powerhouse. This will establish priorities around transport connections across and to the north, skills and employment, trade and investment, innovation and science and – where appropriate – housing to ensure the north can live up to its full potential. The prevailing economic uncertainty following the EU referendum result makes it even more essential that northern cities are given the tools and investment to work together to create the jobs and opportunities the region needs and help rebalance the nation’s economy.”

Man who built a homemade taser which he threatened to use to attack Muslims...

Coronavirus is hitting BAME communities hard on every front