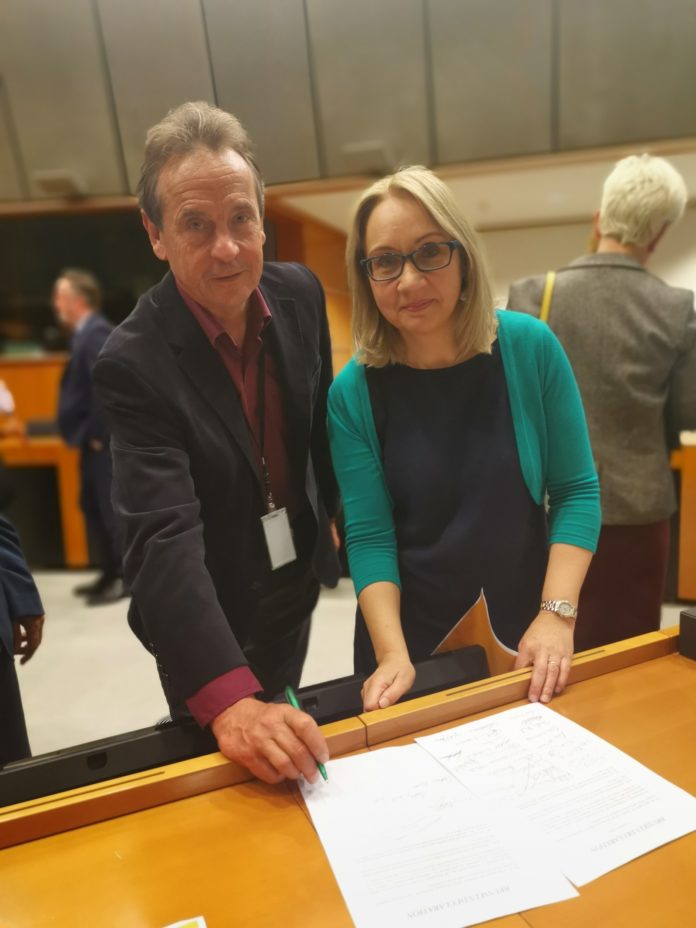 Northern MEPs from across the political parties have united in Brussels against Johnson’s catastrophic Government. [Photos in notes]

MEPs from all political parties in the North of England have signed a Declaration committing themselves to work together and cross-party to defeat Brexit and the catastrophic Johnson Government.

“We, the undersigned UK Members of the European Parliament, representing England, Scotland, Wales and Northern Ireland, declare as follows:

“The proroguing, or shutting down the UK Parliament in order to limit scrutiny of the implications of a potential no-deal Brexit is completely unacceptable. Limiting the opportunity for MPs to debate, vote and crucially, to legislate, cannot be the response to a referendum in which Leave campaigned for the UK Parliament to “take back control”.

“In the continuation of the spirit that UK MEPs have worked in since the 2016 Referendum we commit ourselves to continue to work across party lines and declare that it is vital that MPs do likewise.

“We were all elected just four months ago with clear mandates. We are working together. We call upon our European friends and colleagues to assist domestic efforts in keeping the door open to us.”

“This Tory Government is chasing a reckless and irresponsible no-deal Brexit – no matter the cost to Northerners.

“Here in Europe, we are working hard on issues that affect the North West and this is a perfect example of politicians in Europe coming together in the national interest.

Salford Family Orchestra is back and wants you!

10 out of 10 Manchester Day returns