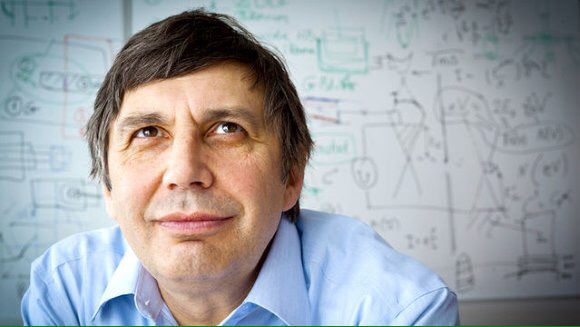 One of the Co discoverers of Manchester’s super material Graphene, Sir Andre Geim has got back at allegations made over the weekend in the Sunday Times that claimed Manchester has lost out on Graphene jobs.

The paper reported that the manufacture of Graphene light bulbs was being outsourced to Taiwan due to reasons of cost by the Taiwanese entrepreneur Chung-Ping Lai and claimed that in general British businesses were missing out on lucrative Graphene patents.

In a statement Geim said that after being asked to comment by the newspaper to the story ahead of publication, “Little is true, and much is twisted to fit the imagined scenario.”

“Accusations that academics are ‘boycotting’ the National Graphene Institute are untrue. We are gradually moving to the new building without disrupting ongoing research, and I was declined extra space last week because, to my own surprise, all the offices available for research staff have already been assigned. Another example of the dystopian heights reached by the Sunday Times was a journalist counting people entering the building. One can only laugh at such investigations, especially when the journalist was placed at the street entrance used by visitors whereas staff normally enter from the opposite side.”

According to Geim, Since the advent of graphene, he has seen little interest from British industry or big industry in general. This has been disappointing but it is a feature of modern times. No one likes disruptive technologies, when shareholders demand quick returns and added

” Another recent trend is ‘graphene entrepreneurs’ who regularly come with offers to jointly raise capital. In most cases, they have a lot of enthusiasm (that I appreciate) but little understanding of the material and especially its limitations. Less naively, a few such entrepreneurs offered us many millions in return for using our name in what I would describe as selling ‘graphene oil’. Needless to describe our response, but investors elsewhere should be aware of unscrupulous ‘graphene entrepreneurs’ with their own motives.”

He emphasised that Graphene is a very new material and that efforts to exploit it started less than 10 years ago noting that Silicon, aluminium or carbon fibre took many decades before the first commercial products appeared.

“Beyond reasonable expectations, graphene has already delivered its first products, although this is still on a small scale.”