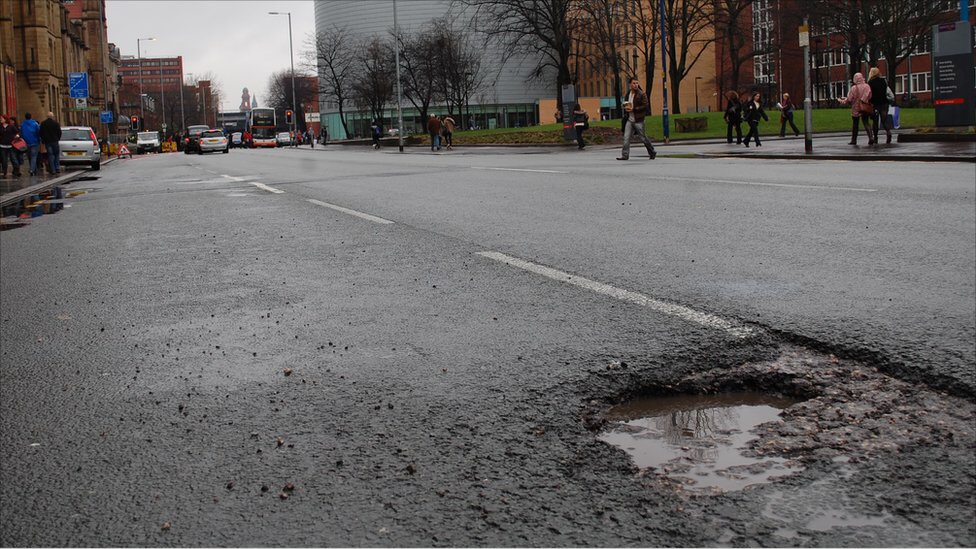 An extra £100m will be invested to get roads to a good standard and keep them there – with the busiest roads brought back to ‘as new’ condition – and help support the city’s future growth says the City Council
The majority of this funding, £80 million, which will come out of the council’s Capital Fund,  will be devoted to a comprehensive programme of resurfacing and other maintenance designed to tackle potholes and stay on top of repairs. A further £20 million will support other roads and maintenance schemes designed to help support the city’s continuing growth.

It comes on top of £2 million a year being added to the Council’s highways budget. This was added as a one-off in the budget for 2016-17 but has now been made permanent.

Executive Member for the Environment, Councillor Rosa Battle, said: “Manchester residents have told us that improvements to the city’s roads are among their top priorities, which is why we are taking comprehensive action to ensure their condition gets better and stays better.

“We have listened to people who say they are fed up of potholes and put together this major investment programme to address this. We will ensure this work is phased over a period of time to start delivering improvements as soon as possible while minimising disruption. This is about making things better for drivers.

“We recognise the vital importance of improving the condition of our roads to support the city’s continuing economic and residential growth and ensure it remains a great place to live. That’s why there are no reductions to highway maintenance in our proposed budget and, instead, we are planning this major investment programme which will significantly reduce the blight of potholes across the city over time and ensure high quality roads.”

Funding pressures since 2010 following deep cuts to the Council’s government funding have contributed to a gradual deterioration of some of the city’s roads, with around five per cent of Manchester’s roads currently assessed as being in need of priority resurfacing work. Unless action is taken, it is estimated that this figure could rise to as much as 62 per cent within five years.

Reactive maintenance currently costs the council £3m annually – a bill which is expected to rise to £7m per year by 2021, unless action is taken. The proposed investment programme would eventually halve the council’s pothole repair bill to around £1.5m per year.

If it is agreed, work to secure a contractor to carry out the schemes will begin, with the first improvements works expected to start later this year.

The full details of the programme will be developed in the coming weeks.