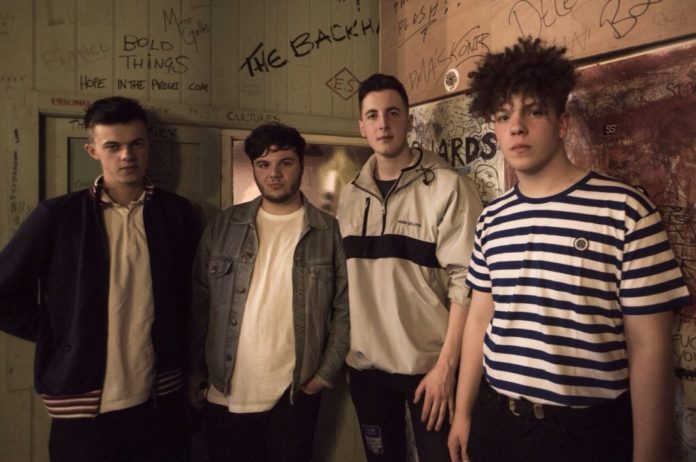 After signing with Independent Label ModernSky UK in September 2017 the band released their Debut EP “Skint Kids Disco EP” in March 2018 which coincided with their huge sell out Manchester Academy 2 show.

The release was championed by John Kennedy (Radio X), Chris Hawkins (BBC Radio 6) and Jim Salveson (Radio XS). The campaign was followed by a string of major UK tour dates and festival announcements including Y NOT, Kendal Calling &amp; Truck Festival with main stage slots at Dot 2 Dot &amp; Bingley Music Festival. NHA ended 2018 with an intimate Autumn tour, the highlight being Neighbourhood Festival in Manchester in which the band performed to a packed out O2 Ritz.

In celebration of the announcement of their debut album ‘Hardship Starship’ on 16th August via Modern Sky the band have confirmed a new show at Manchester’s O2 Ritz on Friday 27th September. Tickets go on sale 9am Friday 17th May and will be available from gigst.rs/NHA