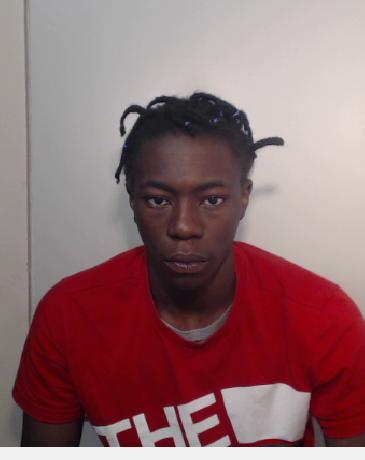 A ninth man has been jailed for life for the murder of Sait Mboob who was stabbed to death by  gang in Moss Side back in August 2017.

Twenty two year old Chervon Pinnock of Clinton Avenue, Manchester, was  sentenced at Manchester Crown Court, Crown Square to life imprisonment with a minimum term of 18 years after being found guilty of murder.

He was also found guilty of three counts of grievous bodily harm and has received 11 years, to be served concurrently.

18-year-old Sait Mboob was found with stab wounds to his back and arms, and a single stab wound to his leg which had cut through an artery. He was pronounced dead in the early hours of the morning of Wednesday 9 August 2017 due to loss of blood.

Two 17-year-old boys and an 18-year-old man were also stabbed, and sustained serious injuries, but thankfully they were able to recover.

During the trial, the court heard how Pinnock, along with other members of the group, followed Sait and his friends from Great Western Street to Crosshill Street.Sait and his friend were on foot whilst Pinnock was in a grey Mercedes.

The Mercedes cornered Sait and his friends by parking at the entrance of a dead end off of Crosshill Street. Minutes later, a number of the offenders jumped out of the car and attacked the group with knives and machetes, delivering a lethal stab wound to Sait Mboob and leaving his friends with serious injuries.

Detective Chief Inspector Terry Crompton, said: “This was a brutal attack which tragically resulted in the death of Sait Mboob – a teenager whose life was ended far too soon.

“His attackers had violent intentions and came armed with knives and machetes and at least one hammer – behaviour that Greater Manchester Police has made known it will not tolerate.

“Although today’s sentencing cannot undo the actions of that fateful day, I can only hope that it offers some solace to the family.”