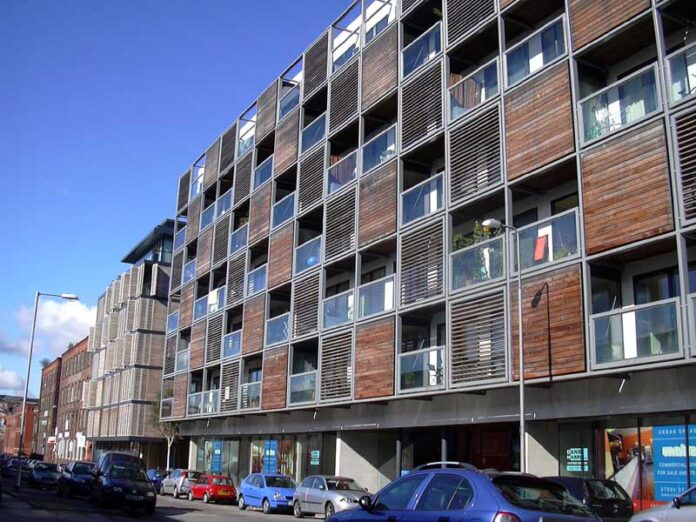 People living in housing built in the last 10 years were more likely to report feeling uncomfortable in their home during lockdown, while those in pre-1919 developments were most likely to be comfortable, according to a new report led by UCL researchers.

The research team surveyed 2,500 households across the UK to find out how the design of their homes and neighbourhoods affected their experience of lockdown.

The report, entitled Home Comforts and published today, concluded that access to private open space in the form of a garden or terrace was the most critical factor in terms of people’s comfort in their homes, while proximity to a park or green space was the most important factor in terms of satisfaction with our neighbourhoods, closely followed by access to local shops.

Researchers found that newer neighbourhoods also came out worse, with a progressive deterioration in people’s satisfaction in the most recently established developments.

Lead author Professor Matthew Carmona (The Bartlett School of Planning, UCL) said: “We need to learn from the stress test that lockdown has given our homes and neighbourhoods to build better living environments and to adapt those we are living in today.

“In recent years we have let design standards drop. As our survey shows, people tend to be less satisfied in new housing. This may in part be down to a lack of clear national space standards over past decades, leading to homes that are too small, but also because we are building neighbourhoods without ready access to basic amenities

“We need to make sure that all homes have access to private open space, whether a garden, terrace or balcony, and that they are big enough to comfortably live in, with fresh air, daylight and good insulation from noise.”

The survey found that overall, two thirds of people reported being comfortable in their homes during lockdown, with one in six saying they were uncomfortable.

Research fellow Valentina Giordano (The Bartlett School of Planning, UCL), a co-author of the report, said: “For new developments, our aspiration should be that everyone should live within five minutes’ walk of a park and shops. Green space, especially, is critical to people’s experience of their neighbourhood.

“There has been much talk of a ’15-minute city’, where people can meet most of their needs within a short walk or cycle. Our study suggests 15 minutes may be too far for many of us and that we ought to aim for a ten or even five-minute city.”

Respondents were asked if their home was built pre-1919 or between 1920-39, 1940-79, 1980-2009, or 2010-2020. The newer the housing, the more likely respondents were to say they were uncomfortable during lockdown. One in five who lived in the newest homes reported being uncomfortable, while this fell to nearly one in seven (15%) among those in the oldest homes.

Meanwhile, people in the newest developments were twice as likely as those in pre-1919 housing to say their neighbourhood met their everyday needs poorly (8% as opposed to 4%).

2.5 million households worried about paying rent over winter, with 700,000 already in arrears...