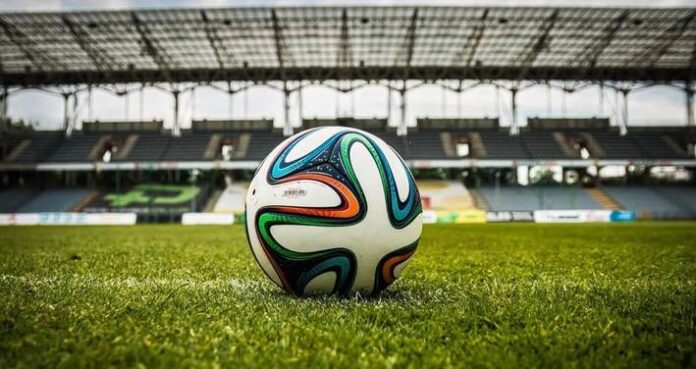 Scientists at Manchester Metropolitan University’s Institute of Sport are trialling a new sports innovation, which is designed to train footballers to head a ball without exposing them to the potential dangers of doing so.

Research has shown that professional footballers are up to five times more likely to develop dementia throughout their lifetime, suggesting a link between neurodegenerative diseases and heading a ball.

Player 22, a new virtual reality (VR) platform, aims to help mitigate some of the risk to players by improving their heading technique in training, whilst removing the impact of the ball to the head, which is suggested to have damaging long-term side effects.

The system, created by cognitive development and analysis company Rezzil, works with the user wearing a pair of VR goggles while being taken through a set of virtual tasks aimed to improve their skills. Rather than heading an actual ball, players head a virtual one.

Researchers at Manchester Met have been testing just how effective this new system is in improving the heading technique of a player by comparing the skills of those with and without training using the VR system.

Dr Greg Wood, Senior Lecturer in Sport and Exercise Psychology at the Manchester Metropolitan University Institute of Sport, said: “At the moment, coaches are caught between needing to teach the skills of heading but also being constrained in how much they can do because of the potential dangers, which is why VR could be a solution as you can teach the skill without the impact.

“Without that impact, players may be less likely to suffer from these neurodegenerative diseases, as evidence has found a relationship, particularly in footballer players, between heading the ball and developing types of dementia as they get older.

“But the important question for us is can VR actually improve the skills of a player in a real world setting?

“We have no doubt that the VR system will improve the skills of a player whilst playing the game, but there is little benefit unless this translates to the real world, and that’s what we have been testing.”

For the study, researchers split participants into two groups giving them a real-life task to compare how successful they were at heading the ball accurately.

All participants were given an initial test before one group trained using Player 22 before been tested again to see if their heading technique had improved in the real world after training on the system.

If found to be successful at improving these skills, Player 22 could offer a solution to limiting the risks of dementia in football.

The system, which has now been launched, can not only be used by professional athletes in training and injured players getting back to match fitness, but is also available for anyone to download.