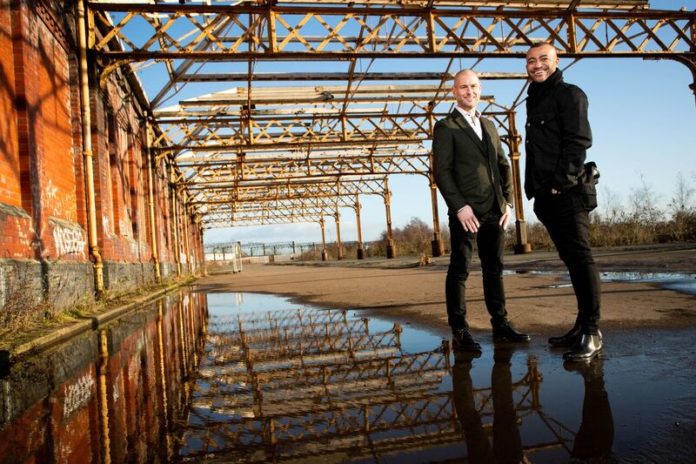 The Festival, which takes place over four days in Manchester city centre every August  Bank Holiday (23 – 26 August), has revealed an exciting new format which will be made up of six key elements, extending the reach of the LGBT+ event even further and creating new touch points for all LGBT+ people across Greater Manchester and beyond.

The internationally renowned festival, which is one of the biggest in the world, has also announced a unique and exciting location for its new live music element, to be named Manchester Pride Live. The ticketed event, which replaces what was known as The Big Weekend, will take place at Mayfield, close to Piccadilly Station.

As a result of feedback from a widespread consultation in 2018, specific offerings are also being developed for family, BAME LGBT+ people and women-only events.  Focus groups will be held in coming months to engage with those who want to be involved in shaping these new events.

Manchester Pride Live at Mayfield will take place over two days – Saturday 24 and Sunday 25 August – and will host about 30 artists across two stages in and around the Mayfield Depot, part of the former Mayfield Station site.  World class acts will perform each day in a ticket-only party, the like of which has never been seen before at the festival.

Manchester’s Gay Village always has and always will be the heart of the Manchester Pride Festival and 2019 will see the creation of the ultimate street party – the Gay Village Gathering. With community performances in Sackville Gardens, plus markets and parties across the village’s venues, it will continue to be home to the hub of the festival’s LGBT+ celebration.

To keep party-goers safe, Manchester Pride has committed over £300,000 of investment into the reimagined Gay Village site, which has undergone much change as a result of development in the area over the past five years. It will remain a ticketed part of the festival and will be a focal point for the huge celebratory weekend.

The Manchester Pride Parade will remain the same as it welcomes hundreds of thousands of revellers to witness the spectacle of LGBT+ people marching across the city centre on Saturday afternoon.

The Parade, which was bigger than ever before in 2018, features 150 entries, equating to just over 10,000 participants in floats and walking entries from businesses and community groups across the region.

The Candlelit Vigil will continue to close the four days with a moment of reflection in Sackville Gardens. The home of Alan Turing and the Beacon of Hope will again be turned into a sea of flickering candles as the party calms and people take a minute to remember those lost to the HIV virus as LGBT+ people join together to fight the epidemic worldwide, and the stigma that still exists. The Candlelit Vigil also provides a space to remember those who are suffering and those who are persecuted and presents an opportunity to stand together in a united front as we recognise the many challenges that are still faced by LGBT+ communities, both here in the UK and around the world.

The Superbia Weekend is the festival’s alcohol-free space offering a weekend of premieres, firsts, new work and LGBT+ celebrations as a culturally rich alternative to the hedonism of the other elements of the festival. Its free-to-attend programme includes film screenings, cabaret, conversation, community workshops, new art and a free post-Pride Parade party. The events, which were last year hosted at 70 Oxford Road and HOME, will also have a home in the Gay Village in 2019.

Youth Pride MCR will be a free-to-attend event for 16 to 25-year-olds. It will be developed through engagement with young people from across Greater Manchester at focus groups which will be held in February.

Mark Fletcher, chief executive for Manchester Pride, said: “This is a huge announcement for us and something we are extremely proud of. We have spent the past three years listening to our audiences and have curated these new elements of the festival to connect with as many LGBT+ people as possible.

“The progressive city of Manchester has always led the way in the advancement of LGBT+ rights. Having listened to everyone that engages with the festival and reviewed the landscape of Pride celebrations throughout the world, along with the issues still being faced by LGBT+ people across Greater Manchester, we felt that it was important to deliver a festival that not only celebrates LGBT+ life but also clearly continues to campaign for equality and acceptance.

“What’s more, 2019 will mark the 50th Anniversary of the Stonewall Uprising; an event which kick-started a half-century of LGBT+ right liberation.  As we reflect on this landmark, we’ve been working hard to ensure that the political messaging and purpose of the Manchester Pride Festival remains clear and accessible for everyone who continues to support the LGBT+ Pride movement in the modern age.

“Manchester Pride Live will be one of the most innovative projects that we have delivered to date and our intention is to make it a world leading celebration of LGBT+ life. The venue, much like us, is part of the foundations of our city and will provide a spectacular backdrop to what will be a uniquely inclusive experience where the LGBT+ people of Manchester can truly celebrate their culture in a safe and welcoming environment.

“The Mayfield Partnership is the perfect partner for Manchester Pride. Its commitment to creating an accessible and inclusive new neighbourhood in the city and the values it espouses are in perfect synergy with everything we hold close as an LGBT+ campaigning charity. We are excited to deliver great things together.”

The new home for the August Bank Holiday event, Manchester Pride Live is part of a 24-acre regeneration site which will eventually see the creation of a £1bn new neighbourhood for Manchester, including residential, commercial and leisure space, as well as new city park.