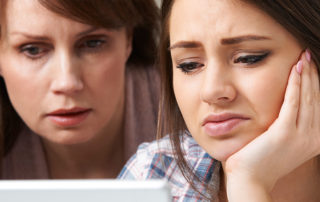 A new service that brings victims of crime face-to-face with offenders has launched across Greater Manchester.

Victims of crime can ask for restorative justice at any stage of the criminal justice process, including after an offender has been sentenced and sent to prison. It gives victims the chance to tell offenders how their crime has affected them and the offender the opportunity to apologise and make amends.

It can be done in different ways, for example a face-to-face meeting or a letter, but will always be done under the guidance of a trained professional and is agreed in advance by all those involved.

Restorative justice has already proved successful in Greater Manchester, empowering victims and survivors and giving them a voice in the criminal justice system. This new city-region wide service will build on this, making it simpler to access restorative justice, and giving more victims the opportunity to take part in the process to help them cope and recover from their experience. It also supports the rehabilitation of offenders by helping them understand the consequences of their actions and change their behaviour to prevent reoffending.

Deputy Mayor of Greater Manchester Bev Hughes said: “We know that when used in the right way, restorative justice can be very effective. It is a powerful process in which criminals face up to what they’ve done and gives victims the closure they need.

“This new service will ensure a consistent offer across Greater Manchester, giving more victims the chance to take part if they wish, whilst making sure restorative justice is used appropriately putting the needs of victims at the heart.”

Superintendent Sarah Morton of GMP’s Criminal Justice and Custody Branch, said: “I am delighted that GMP are working with GMCA, Remedi and other partners to help deliver the new Greater Manchester wide Restorative Justice service. Restorative Justice is a really effective tool for helping those harmed by crime to move on from what has happened to them and is a service that we want our officers to use and to promote with victims as much as possible.

“Evidence shows that Restorative Justice is also really effective at reducing re-offending and we hope that offenders will choose to engage with the service as a way of understanding the personal harm caused by their actions. Also, we hope they use it to make amends the best they can and as motivation to behave differently in the future.”

Manchester & Salford Save Our Scene Collective Raises Over £18,000