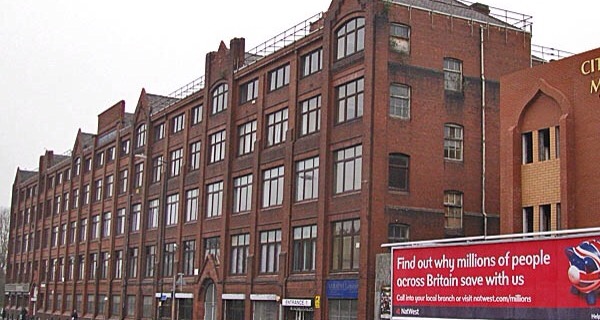 Manchester council have announced the opening dates of a new secondary school.

The Dean Trust Ardwick, sited on the site of the premises of the Victorian Daisy Mill on Stockport Road, will open in September 2016 and will have 1,200 pupils across eight forms per year group.

it will open in temporary accommodation on the site from this September when it will admit 120 year 7 pupils.

The Daisy Mill site was been identified as an ideal location as it is situated next to an existing primary school, the Ardwick Sports Centre and a small pupil referral unit, all of which could be brought together to establish an ‘education campus.’

The Council invited expressions of interest from sponsors to run the new school, which is needed to meet the rising demand for school places in central Manchester, in October last year.

Under government rules, the local authority was not able to open the school, which has to be an academy (as in this case) or free school, itself but could identify its preferred provider. This has happened after robust assessment of proposals submitted, with the Department for Education confirming The Dean Trust as the sponsor.

The Trust already runs a school in Ashton on Mersey, Broadoak in Partington, The Lord Derby Academy in Knowsley and a primary school , Forest Gate.

Councillor Sheila Newman, Executive Member for Children’s Services for Manchester City Council, said: “This new school is part of our long term planning to meet the challenge of increased demand for school places as Manchester continues to prove a popular place for families to live and work.

“It will also help support the regeneration of Ardwick by enabling local families to access top quality education on their doorstep.”

The Dean Trust was selected to sponsor the new school because of its strong track record with the schools in the trust and in providing school-to-school support, which means it already has firm links with many Manchester schools.

The Chief Executive and Academy Principal of the Dean Trust Tarun Kapur CBE said: “We are absolutely delighted to have been given this opportunity to create a secondary school in Ardwick and work alongside the existing very good primary schools.

“We believe that local children should have a great local secondary school at the heart of their community and, as with our other schools, we will ensure that all children have an outstanding educational offer based on strong traditional values, clear expectations of behaviour and a relevant academic curriculum.

“We are also pleased to be able to begin this work in 2015 with our first 120 pupils in order to lay down the standard and prepare them for the new school buiding in 2016. This is a very exciting time for Ardwick and the Dean Trust.”

Mr Kapur added: “We have opened a four week period of consultation with key stakeholders for the proposed school. Comments received will help us shape our offer and allow for any issues to be resolved at an early stage.”

Views sought on the future of Rochdale’s most treasured building