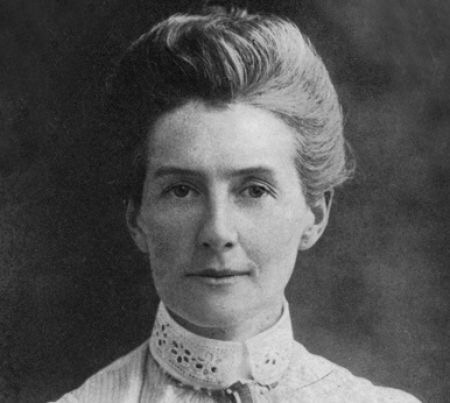 The University of Salford’s high tech new facility to train health workers will be dedicated to a pair of heroic nurses who served in the First World War.

The University’s newly developed clinical simulation suites, which enable students of nursing, midwifery and counselling to learn their skills in as realistic setting as possible, are to be dedicated to Edith Cavell and Sister Minnie Wood – both of which had links with Salford.

Edith Cavell, who worshipped at Salford’s Sacred Trinity Church when she was based in the city during the 1900s while working for the Queen’s Nursing Institute, was executed by German forces in 1915 while she was training nurses in Brussels.

She had been arrested by the German force for sheltering British soldiers and funnelling them out of occupied Belgium into the neutral Netherlands.

Sister Wood, who trained in Salford, ran a field hospital throughout the war, serving next to the front line in France and Belgium, and then in Germany following the Armistice.
She was mentioned in dispatches, following an incident in which the hospital itself was shelled, with one passage reading ‘this lady never lost her nerve for a moment and during the whole of the trying day, carried out her duties with the greatest steadiness and coolness’. Her efforts won her the honour of the Royal Red Cross for gallantry in the field, as well as an OBE in June 1919.

The new training suites, based in the University’s Mary Seacole Building, will be named in honour of these two heroic figures at a special ceremony on Thursday 12 May – marked around the world as International Nurses’ Day.
The suites, which will start being used from September, feature rooms which are designed to look exactly like hospital wards and contain realistic electronic manikins which can be controlled by lecturers or fellow students from an adjoining room.
This will enable students to work through a wide variety of medical scenarios, before they go out on placements in hospitals across Greater Manchester, and their responses can be analysed in detail in the classroom.
The dedication event will feature talks by Diana Souhami, who wrote a biography of Edith Cavell, and Dr Claire Chatterton of the Open University, who is chair of the Royal College of Nursing’s History of Nursing Society.
A panel of experts will also debate the role of courage in modern health care, inside and out of the military setting.
Brian Boag, interim Dean of the University’s School of Nursing, Midwifery, Social Work and Social Sciences, said: “Minnie Wood and Edith Cavell were both incredibly important figures who risked everything to help others – and in the case of Edith Cavell, paid the ultimate sacrifice.

“It seemed fitting that our new training facility should pay tribute to their courage and sacrifice and that their stories can serve as inspiration for a new generation of men and women following in their footsteps into the nursing profession, which is every bit as important now as it was a century ago.”

Boris must now deliver for the North