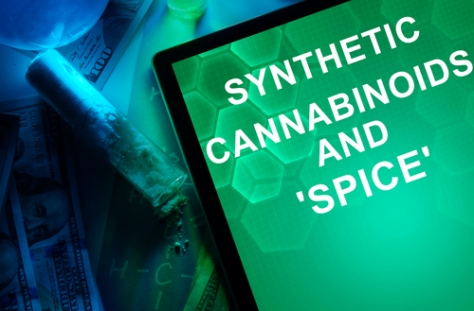 MORE than eight in 10 rough sleepers in Manchester are consuming former legal highs, academics at Manchester Metropolitan have shown.
Synthetic cannabinoids, known largely as Spice, were the most common of psychoactive substance taken by the city’s homeless community in an investigation by the University’s Substance Use and Addictive Behaviour research team.
They found dealers used to peddling heroin, cocaine and cannabis were now also selling the product on the streets following its criminalisation in May 2016.
Some were operating near to stores that had previously sold the sachets when they were still legal.
Dr Paul Gray, Senior Lecturer, said: “Where general population studies such as the annual Crime Survey for England and Wales, report past year use as 0.2 per cent among 16- to 25-year-olds and 0.1 per cent among 16- to 65-year-olds, we found usage levels to be over 80 per cent amongst street homeless.”
High levels of use were also reported among residents of a range of supported accommodation such as hostels and bed and breakfasts through to approved premises for recently released offenders.
Lead researcher, Dr Robert Ralphs, Senior Lecturer in Criminology, explained: “Research has consistently found that street homeless, along with other vulnerable groups such as prison populations, have high levels of substance use dependency and experience trauma, mental health and living conditions that are likely to lead to self-medication through the use of alcohol or drugs.
“At present, Spice is the substance of choice, replacing alcohol, cannabis, heroin and crack amongst vulnerable user groups.”
The team’s initial tranche of work took place between January and June last year to explore the ramifications of psychoactive substances being outlawed.
Dr Ralphs said: “In the first phase of our research, it was widely predicted that Spice would still be available and the street dealers would take the place of shops.
“It was also widely predicted that this would lead to an increase in price and a reduction in the size of deals – streets grams are never a gram, for example, whilst pre-packed synthetic cannabinoids would tend to contain the amount stated on the packaging.
“The increase in price will invariably lead dependent users to commit more acquisitive crime to fund their use.
“Immediately after the ban, these predictions proved true with street sellers setting up close to previous shop outlets and around city centre areas such as Piccadilly Gardens and Manchester Cathedral/Urbis.”
Researchers also highlighted the lack of reliable data with which to build up a national picture on the use of former legal highs.
They attributed this to an absence of consistent reporting by police officers, GPs and A&E clinicians who encountered psychoactive substance use.
Due to a lack of uniform terminology, frontline professionals were using a mix of names and brands that meant incident records could be not easily collated.
The council and the University continue to work together such as on the analysis of street Spice to test the quality and content of strains for comparison.
Informed by the research, Manchester Council and Manchester Met are working with local treatment providers to develop new training to front line staff and professionals and are working with treatment providers to improve existing referral pathways and service delivery for psychoactive substance abuse.
Separate research by the same Manchester Met team into the extent of psychoactive substance use in jails found ex-prisoners are getting themselves deliberately sent back to custody in order to smuggle in these drugs because the trade is so lucrative.
The now-banned narcotics are worth 33 times more to dealers who are locked up due to the rocketing use among inmates.
Dr Ralphs said: “It is no exaggeration to say that the synthetic cannabinoid market has exploded and unleashed a series of devastating impacts on prisons, prisoners and prison staff.
“Traditional drugs have almost been wiped out and replaced with these extremely powerful synthetic cannabinoids because prisoners are attracted by high profit margins and their lack of detection in drug tests.
“Our research found that prisoners’ motivation for taking synthetic cannabinoids was to escape the boredom of prison life and to avoid positive drug tests but their impact is extremely serious.
“The potency and addictiveness have been compared to heroin, violent incidents have increased, and they wreak harm on prisoners’ mental and physical health.”