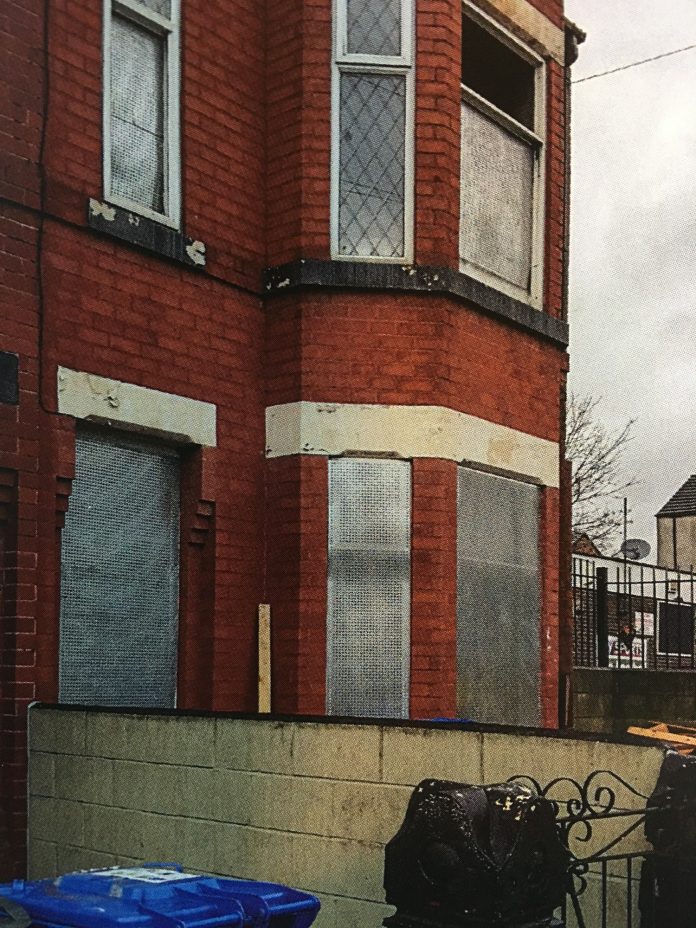 Dan and Casey, 31 and 26 respectively moved into an rented flat in Salford two years ago with a child of eleven months and one of two years.

From the beginning of their tenancy they had problems, a leak in the roof in their daughter’s room which the landlord would not fix until the wall literally fell down.Even then the work was not completed, a patch up job was all the landlord would pay for, the leak continued and the new plaster became visibly saturated when it rained.

Their shower was a hosepipe connected to the boiler, the bath was sinking into the floor, there was a constant battle against black mound.

Their story is just one of many contained in a report out this week commissioned by Salford Council which details the reality of poverty and renting in the city.

High costs, lack of alternatives and fear of homelessness are trapping private renters in damp and often dangerous accommodation.The private rented sector which has expanded by 70% in the last six years in Salford.

Children, he said, are growing up in damp conditions, parents are battling to get repairs,yet many private landlords are receiving public money.The system is in need of wholesale reform yet it has been generally neglected in Parliament.

The report was completed by the Salford Anti-Poverty Taskforce, a collaboration between Salford City Council and the University of Salford to provide high quality research and analysis to support Salford’s anti poverty strategy No-one Left Behind.

It follows on from the DWP Benefit Conditionality and Sanctions in Salford report which highlighted the impact benefit sanctions were having on vulnerable people in the city.

Researchers interviewed 29 renters from across the City and 19 staff from front line services and voluntary and community groups dealing with housing, advice, health and neighbourhoods to provide a snapshot of experiences in the private rented sector in Salford.

While some tenants praised their excellent landlords and spoke very positively about renting from them, many others said they feel trapped in awful conditions but dare not complain for fear of eviction and because they couldn’t afford to access alternative accommodation or felt they had no chance of being able to access social housing.

The report comes after national research showed the biggest group in poverty is now working households which rent privately.

City Mayor Paul Dennett said: “Britain has become a nation of private renters once again, due to the lack of social housing provision. Renting from a private landlord is now the second most common form of housing, behind home ownership.

“Five thousand new private rented sector (PRS) homes have recently been built in Salford and another 20,000 are in the pipeline. We’ve also seen more and more existing private homes converted into properties for let. Yet there is very little research drawing on the direct experiences of people who, increasingly, have no choice but to live in private rented accommodation.”

Housing staff, who were interviewed for the report, said that schemes such as landlord licensing had improved the condition of many properties, but there was huge polarisation between high quality ‘top end’ properties and poorer stock at the bottom of the market. They said the conditions in many properties were poor enough to affect people’s health and wellbeing and the worst homes were getting worse.

Many reported seeing increasing numbers of people affected by benefit changes. One staff member spoke about a ‘quantum leap’ in the amount of debt people were falling into.

Another said for some people it was going beyond choosing to pay rent or eat and that they feared some people would not be able to afford housing at all.

Salford private rented tenants interviewed in the study were concerned about the high cost of moving with agent fees varying between £70 to £300, plus four to six weeks rent as deposit and the first month’s rent all required up front. One tenant, who moved from a European country to Salford, said he had to pay £10,000 up front because he had no-one in this country to act as guarantor, while another had to pay £3,200 – six months rent up front.

Some tenants said they have opted for less secure one month rolling contracts just to avoid paying tenancy renewal fees every six to 12 months. All said they were concerned about the rising cost of rents – with one tenant saying he was paying up to 70% of his monthly income just on rent – and their future if their circumstances changed or the property was sold.

Most tenants – even those living in ‘high end’ properties said getting repairs done or issues addressed quickly was sometimes hard work because letting agents and landlords just saw properties as ‘assets’ rather than recognising they were actually people’s homes.

However, five of the renters interviewed said they had positive relationships with their landlords and were in good tenancies.

They said their properties were affordable, gave them stability of tenure and rent levels through long-term contracts, landlords responded quickly to issues and repairs and they were allowed some control over decoration and the space, allowing them to make it feel like a home.

Dr Lisa Scullion, Reader in Social Policy at the University of Salford, who leads the University’s involvement in the Taskforce said: “Our research revealed people living incredibly precarious lives, in which a slight change in circumstances could tip them over the edge.

“While the interviews often focused on conditions within the sector, it has provided important insights into the complexity of people’s lives, particularly within a backdrop of welfare reform, skyrocketing rental prices, insecure labour market, etc. We found people who were forced to put up with appalling conditions – or who simply did not know who to complain to when things went wrong. We also have to acknowledge the separation that exists between those renting the ‘high end’ properties and other Salford residents who do not necessarily feel the benefit of such development.

“I hope government policy makers will be able to look at this research to get a better understanding of the experiences of the ever growing number of people living in private rented accommodation.”